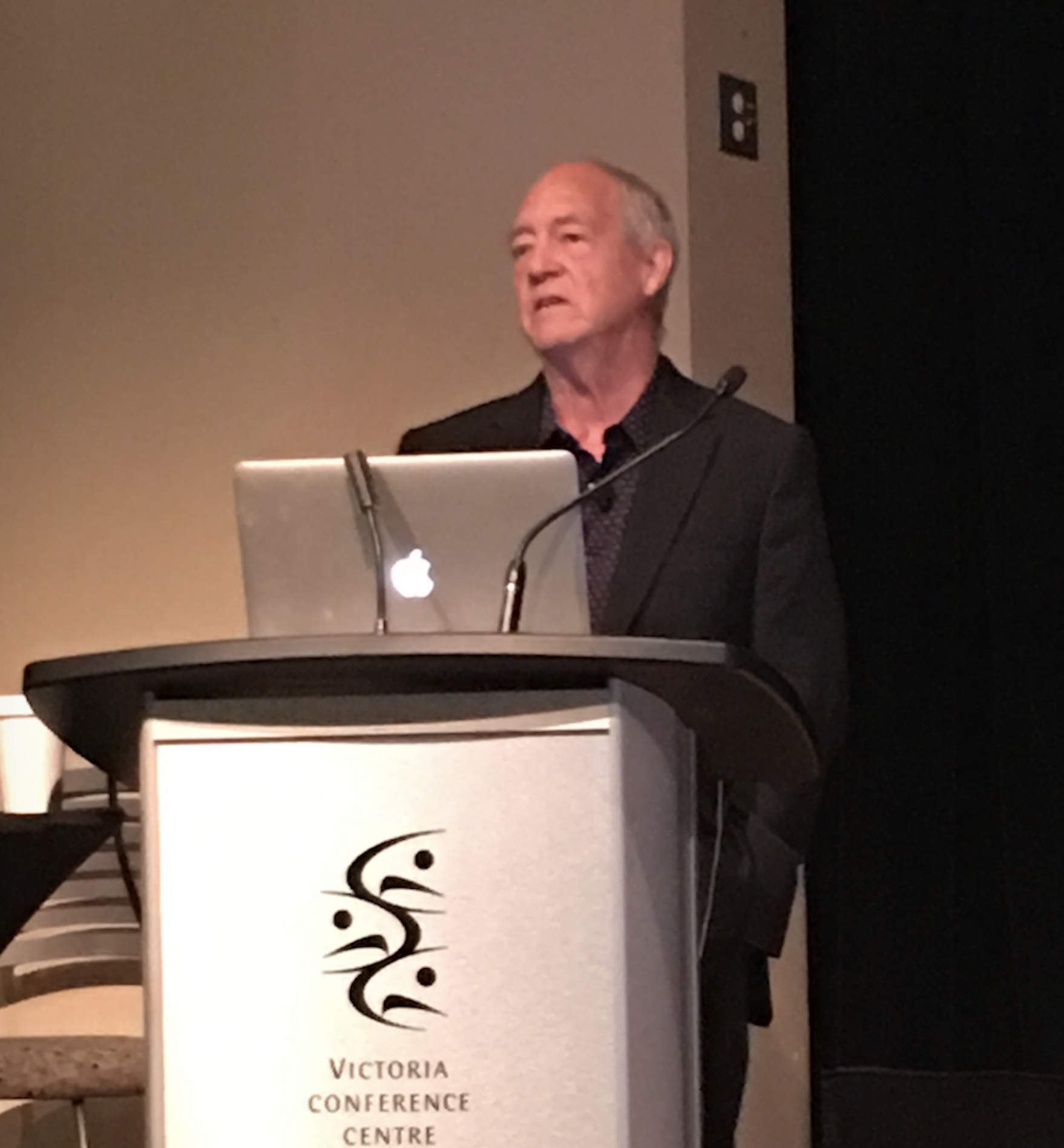 Attendees at the joint American Architectural Manufacturers Association/Insulating Glass Manufacturers Alliance Summer Conference in Victoria got a dose of adrenaline from the Day 1 keynote speaker, Patrick Moore. Moore, a co-founder of Greenpeace who left the organization over its opposition to plastics and now works with the Vinyl Institute, delivered a provocative talk challenging a swath of environmentalist shibboleths, including dismissal of climate change as an urgent problem.

The reality of climate change and the urgency to address it has been accepted science in Canada for some time, to the extent that governments are pushing hard for major and expensive upgrades to fenestration energy efficiency over the next decades. According to Moore, they are wasting their time. In his view, it’s doubtful whether human-caused carbon dioxide emissions have any important impact on climate at all, saying average temperature fluctuations correlate more closely with changes in solar activity. He called carbon dioxide a benefit as it stimulates plant growth. He pointed out that carbon dioxide levels were much higher in Earth’s ancient history and that tropical conditions persisted in the Arctic, but life flourished. Human emissions of carbon dioxide, Moore claimed, are only restoring to the atmosphere what living things have been taking out for eons and perhaps rescuing us from a condition where carbon dioxide levels would drop low enough to restrict plant growth. No mention of the possible negative effects of this happening far faster under human influence than the millions of years it took for the carbon dioxide to be taken out in the first place, and since the talk ran long there was not time for questions. Wildfires and extreme weather events, he said, probably have nothing to do with climate change and are not actually happening any more frequently than they always have.

The hair-raising claims did not stop there. Moore included a spirited defence of logging, describing clear-cuts as “temporary meadows” and claiming they provide a more diverse environment supporting more species. Our discomfort with them, he said, is a matter of esthetics rather than any real ecological concern. No species has ever been rendered extinct by habitat destruction from forestry, he claimed.

He really got into his wheelhouse on plastics. The huge “garbage patch” of discarded plastics in the Pacific Ocean does not exist, he says. He pointed to a number of photoshopped and dishonestly represented internet postings from green activists as evidence that there is a a great deal of misinformation circulating about plastics. They are inert and harmless to wildlife, he claimed, saying animals that ingest them will simply pass them out again without harm. A celebrated meme of a bird feeding plastic shards to its chick is actually evidence of plastic’s benefit, as the shards are likely to act the same way as stones do in a bird’s gizzard.

Investment in wind and solar energy sources is also overemphasized, Moore claimed, saying it is impossible to build enough of this infrastructure to meet needs. He recommends nuclear and hydroelectricity instead. Oil production and use will remain necessary for the foreseeable future, and investment in the Alberta oil sands and pipelines should proceed apace. He blamed opposition to the oilsands on lobbying from the U.S. Rockefeller Foundation.

Agree or disagree, it was hard to imagine a more conversation-provoking presentation.