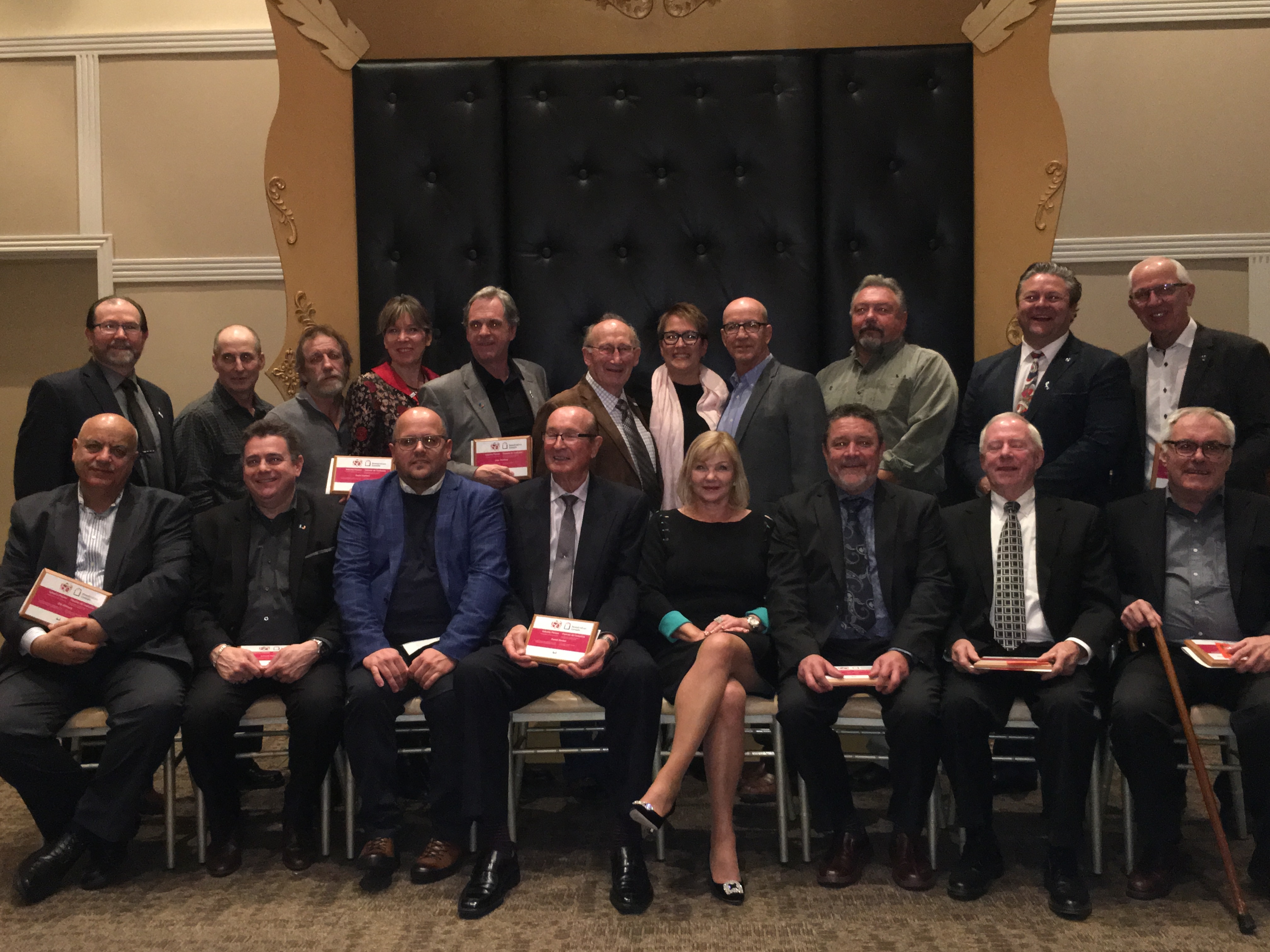 Fenestration Canada inducted 15 new members into its pantheon of Pioneers at the gala Main Event dinner on Nov. 29. A fun-filled room of about 600 window and door people welcomed the latest honourees, who will be permanently enshrined in the association’s records as making invaluable contributions to the Canadian fenestration landscape. Pioneer inductions occur every three years.

Dan Darcy
Darcy began his career at Dor-Seal, Evergreen Door and Baylite Industries before starting Darcy and Associates. He has been an active member of Fenestration Canada.

John Hawryluk (posthumous)
The first to introduce vinyl to the construction industry in Atlantic Canada. Turned his company over to his sons in 2008, who formed Arrow Windows, Doors and More and Best Buy Doors.

Jim Krahn
A long career at Marvin Windows in many capacities. Contributed significant time to many industry associations and has been awarded FenCan’s C.P. Loewen award, the CSA 25 Years of Service award, NFRC Member of the Year and Lifetime Achievement awards and had the WDMA James Krahn Lifetime Achievement Award named after him.

Don Lahanky (posthumous)
Founder of Allsco, one of the early manufacturers of vinyl windows in Atlantic Canada. First to introduce the vinyl door jamb to the region. Received Moncton, N.B.,’s Entrepreneur of the Year award and the Nation Building award from the Ukranian Canadian Business Federation.

Armand Patenaude (posthumous)
Began his career as an associate professor in mechanical engineering overseeing Cornel University’s fenestration test program. Later founded the test laboratory, Air-Ins, and was involved in drafting the A440 standard. Was the first recipient of the AVFQ award created in his honour.

Bob Strassburger
Co-founder and president of Strassburger Windows and Doors. A leader in building and installing energy-saving products. An enaged Fenestration Canada supporter and sits on the combustible window task force.

Jean Tremblay (posthumous)
A lawyer by training who became executive vice-president and general manager of the AVFQ in the early days of the association. Devoted his career to growing the association and the Quebec fenestration industry. A recipient of the Armand Patenaude award and promoter of close relations between the AVFQ and Fenestration Canada.

Phil Wake
An exemplary career at PPG that included overseeing the introduction of PPG’s first-generation low-E glass to the Canadian window industry. A Omniglass helped grow its fibreglass framing technology.