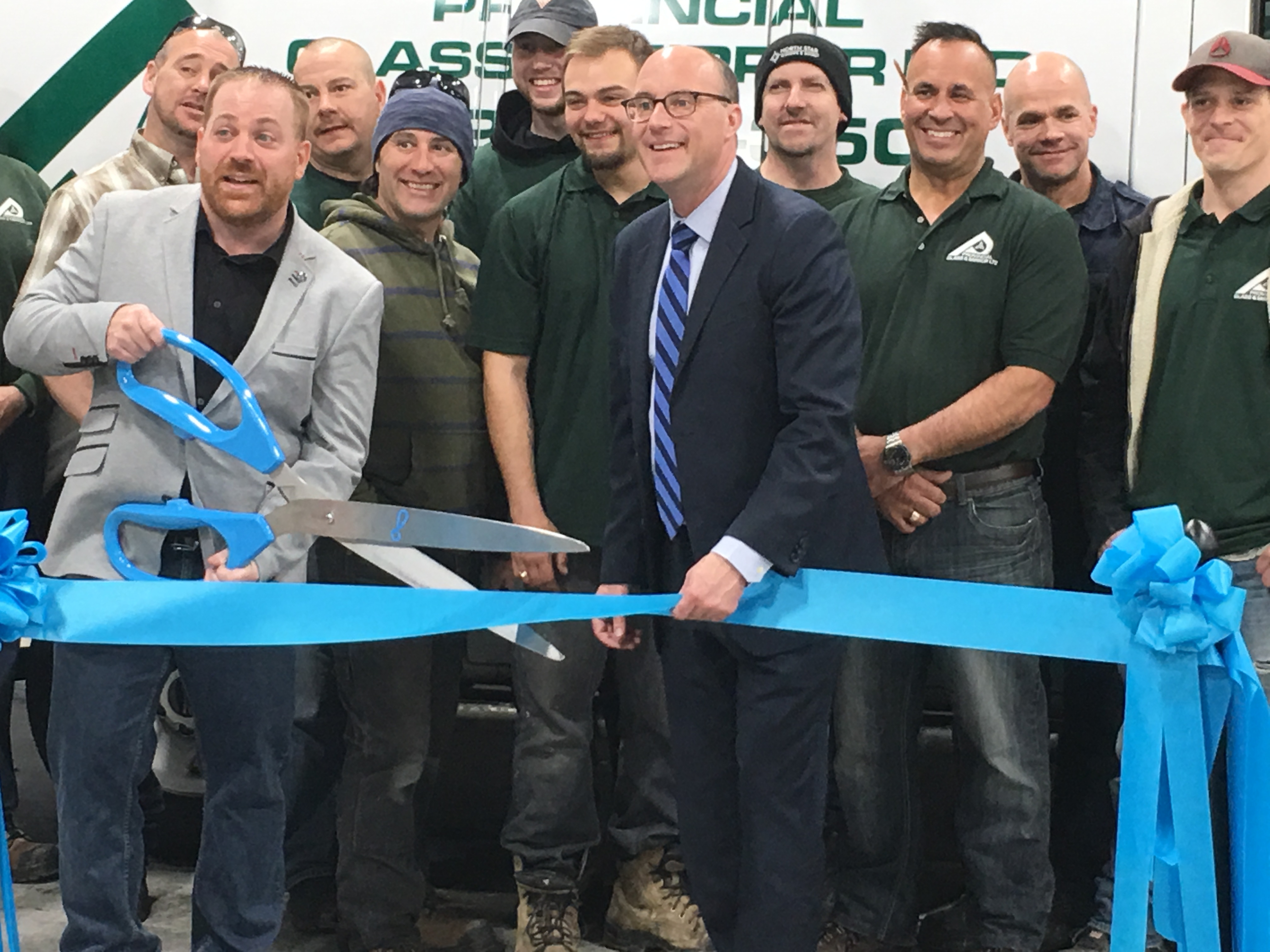 Provincial Glass and Mirror in London, Ont., opened its doors to the media and city dignitaries for a tour and ribbon-cutting ceremony at its new Horton Street location. The 34-year-old company has relocated from its prior facility on York Street and approximately doubled the space it has to operate in with the acquisition of the former Canada Computers space. The move included putting on a snazzy new facade and completely renovating the office space and fabrication shop. All-told, Provincial now has 12,000 square feet to play in, and owner Brett Lucier is thrilled to be able to turn around with his arms outstretched in the spacious new shop.

The move, which began in June of last year, was not without its challenges and delays. Lucier is blown away by the determination and resourcefulness of his staff, who kept business going while working out of construction trailers and a makeshift fabrication shop in a rented storage facility. “My staff are absolue rockstars,” Lucier enthuses. “It’s unbelievable what they went through. In our temporary facility we basically had dial-up internet. My staff has been unbelievable and now we’re seeing the fruits of the labour.”

“Everything is all together,” Lucier explained. “All our offices are no longer on multiple levels, they are all on one level and one area. It’s going to build efficiency and allow us to grow.”

“With double the space and room to grow we can add more installers and more project managers,” Lucier continued.

Lucier’s decision to remain downtown was an unusual one for a manufacturer in London. The area he is in had a sketchy reputation, but is undergoing a renaissance with significant investments in a skills training school, a large Goodwill community centre and a newer Boys and Girls Club nearby. London mayor Matt Brown, who was on hand to cut the ribbon, was appreciative of Provincial’s vote of faith in the neighbourhood. “This is perfect example of what drives our economy in London,” Brown said. “It’s a confidence boost. This is a long-standing London company that is effectively doubling in size and staying in the downtown core. This is a company that is committed to its community, and I’m so thankful for that.”

Committed to the community Lucier certainly is. While conducting the tour, he made a point of stopping in front of the large windows looking out on Horton Street and telling the group how much he likes being able to look out on the city where he grew up while he works.

Provincial’s open house made the front page of the London Free Press!