Shipman started at Roto in June of 1986 in skylight production. He was then promoted to shipping and receiving before becoming the assistant shipping and receiving manager. A few years later RFA opened a 40,000 square foot skylight distribution center in Essex, CT, which Shipman managed for several years. From there he was promoted to the skylight service technician before eventually transitioning to a salesman for the skylight division (Northeast BRM). 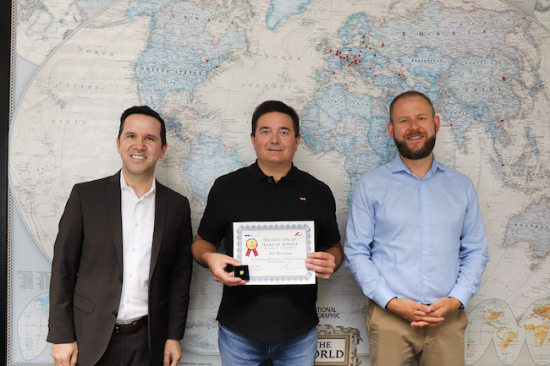 In 1999, Shipman switched from the skylight division into the hardware division and worked in the product management group. He was then promoted to the Product Manager for the Euro program, his current role. Throughout his many years at Roto, Shipman also plays an integral role during trade shows; from helping plan Euro product displays, setup, work the shows, to the dismantle.

Bill Shipman has always been a key employee in every role he has been in. Congratulations to Bill on celebrating 35 years with the company!