Articles Fabrication
But what if it fails? 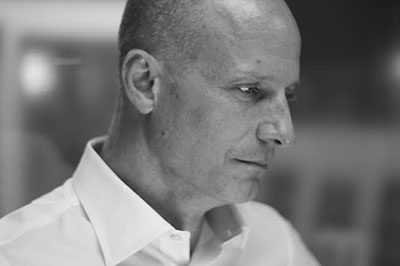 Sophistication can be a double-edged sword in fabrication machinery.

Much has changed in the past 25 years since the purchase of our first fenestration machinery package. The vinyl window industry was just emerging in North America, as was the industry that served it. Fabrication equipment was well made and predominantly of German origin. Profile specific tooling was, for the most part, nonexistent and we were left to our own resources to figure it out, often outfitting the machines with wooden jigs and fixtures to accommodate the various profiles. The machines were basic, robust and relatively simple to service, with many of our original machines still providing some level of functionality as part of the existing fabrication process.

Contrast this early model to some of the equipment on display by JRC Machinery of Quebec at the past Win-Door show. Most notable in their product showcase was the Integra Q2 four-point welder by Italian-based machinery manufacturer, Emmegi, which was nothing short of an engineering marvel wrapped in a skin that would not look out of place in a Porsche showroom. Watching this impressive piece of equipment run through its demonstration cycle, I could not help but wonder what one would do when it fails on the shop floor. Much like the sophistication that goes into today’s high performance automobiles, servicing the current offering of advanced fabrication equipment requires service technicians that are well versed not only in mechanics and electrical, but experts in robotics, computer controls and related software. In short, it has become a daunting task for the service departments of even the largest window and door manufactures, leaving most small to medium sized companies scratching their head at the first sign of “ERROR.”

This concern is echoed not only in the level of sophistication that a company like Emmegi incorporates into their machinery, but in some of the price sensitive equipment that is emerging from the crossroads of Europe and Asia. One such company, Turkish based Setino, offers a line of very functional equipment by Artikon. Having first discovered the Setino offerings at Fensterbau, I have witnessed a steady progression by this company to break into the North American market. Its price-conscious offerings appeal to both large and medium-sized companies alike due to not only its cost, but the possibility for existing staff or contract technicians to service this relatively low-tech equipment. This route, however, does present a set of challenges not too different from that of the ultra-sophisticated equipment: what to do when it fails? Further to this, factor in logistics, duties, certification and Pre-Start Health & Safety Reviews (PSR), the cost saving is diminished.

A recent conversation with Gary Parr, maintenance manager at Milgard Windows and Doors, brought to light the fact that even large companies with significant resources at both the maintenance and engineering levels struggle with the same challenges that face the smaller companies when making the sometimes gut-wrenching decision to invest in new fabrication equipment. Return on investment and equipment reliability remain significant factors when looking to partner with an machinery vendor, but the commitment to after-sale service remains, in my eyes, one of the key criteria when looking to upgrade the shop floor. With this philosophy in mind, much effort is placed in developing a solid partnership with key vendors. This is a philosophy that I often speak passionately about and practice wherever and whenever possible including choosing a machinery manufacturer that can best represent the significant investment required to succeed in today’s fenestration industry.

Chris Meiorin is the owner of Euro Vinyl Windows and Doors in Woodbridge, Ont.
Print this page