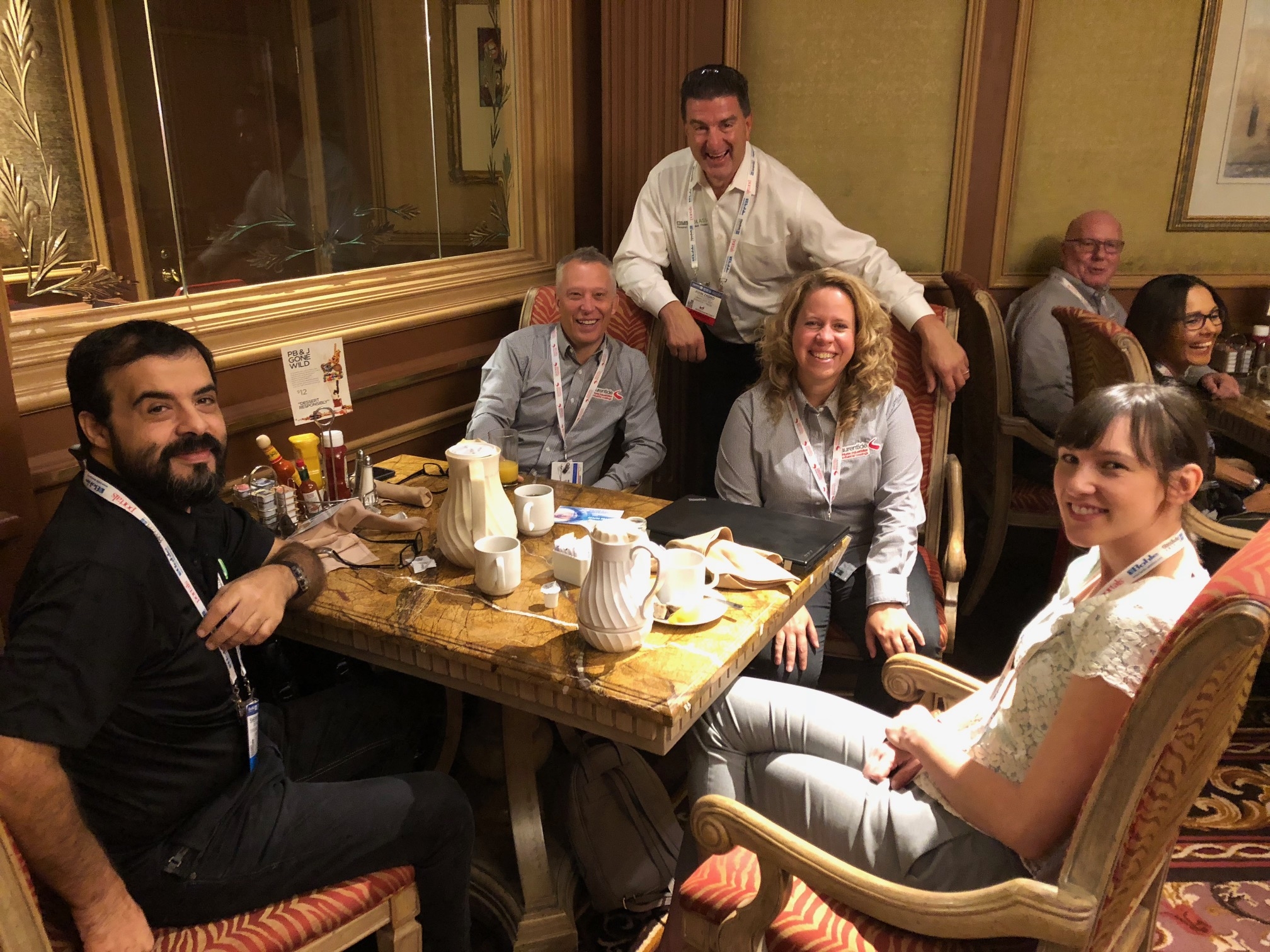 A breakfast networking gathering organized by Cam Drew of Thermoproof and Fenestration Manitoba achieved some level of expected success as about 20 to 25 people showed up despite some trouble with the hosting restaurant. On behalf of the organizers, our apologies and next year would have to be a better, more accommodating location.

Regardless, there were quite a number of window manufacturers, especially it seemed from B.C.!  We had a few VIP guests including past FenCan president Lisa Bergeron, Stephan Nies from Germany’s Siegenia Hardware and Jorma Vitkala, founder and chairman of Glass Performance Days in Finland.  Lisa took the opportunity to announce and encourage people to attend WinDoor Quebec City in early December. Jorma made a few comments about the background of GPD in Helsinki and again extended an invitation for their annual event. Stephan will be a guest speaker at FenCon 19 and will bring some insights into hardware and manufacturing tips for tilt and turn windows and doors.

There seemed to be considerable casual conversation amongst various companies and people.  It was also notable that Laurentide Industrial Coatings had a sizeable representation at GlassBuild as well as at this breakfast.  Lastly, Al Dueck, DUXTON and FenCon 19, offered a special draw for a ticket to a Winnipeg Jets/Patrik Laine hockey game . . in Winnipeg, to FenCon19 attendees.  Drumroll . . and the winner was Casey Kerkhoff of Westeck Windows & Doors, Chilliwack, BC.