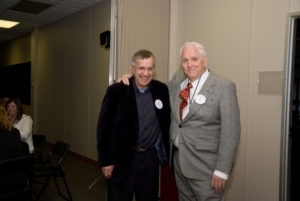 Sept. 13, 2019 – In a joint statement, Lauren International and Quanex Building Products have announced the passing of Michael Glover. Glover, who was the original founder of Edgetech and co-inventor of Super Spacer, passed away on Sept. 1, 2019, leaving behind a legacy of innovation, officials said, and vision that helped shape the fenestration industry into what it is today.

“Michael was first a family man who was full of kindness and second an entrepreneur who was always looking for new solutions to old challenges,” said Kevin E. Gray, CEO of Lauren International and former president of Edgetech I.G. “It was an honor to have worked with him for many years and to watch his vision become reality. My condolences go out to Michael’s family, colleagues and many friends. He will be missed.”

Erin Johnson, marketing director for Quanex, also commented, “Michael was the visionary behind Edgetech and Super Spacer, and his legacy lives on today through his family and through his contributions to creating higher-performing building products. After 30-plus years in the field, his invention is still making a tremendous impact in homes and buildings around the globe. On behalf of Quanex and all of us who knew and worked with Michael, our thoughts are with his family and friends.”

Glover’s funeral will be held at St. Paul’s United Church in Perth, Ontario, on Wednesday, September 18, 2019.