Articles
EDITORIAL: Queen Elizabeth’s 70-year reign might be the greatest lesson on leadership

Don’t just have power, deserve it. 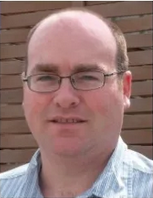 It has probably not escaped your notice that Queen Elizabeth passed away last month. I’m not a big royal watcher, but the articles about her life have been a window into a truly remarkable track record of long-term success as a public figure, despite changes and challenges that would likely have demolished the reputation of most other leaders we see around us today. I think Rex Murphy put his finger on it in the National Post when he said that it was her commitment to duty and dignity, rather than celebrity, that allowed her to endure and leave this world with almost universal respect and affection.

That she and the monarchy attract such attention always seems weird when you understand that they have no real power over anything, anywhere. Their activities should be irrelevant clickbait on par with Kim Kardashian’s latest exploit. Yet, somehow, it doesn’t feel entirely like that. I see the adoring crowds outside Buckingham Palace and the earnst seriousness of whatever ceremony or event they are participating in and think, “Something important is going on here.” The question that’s been bugging me lately is, “What is it?”

I may have arrived at an answer that satisfies me, at least. Having power in society is easily understood. It means you can have others do what you tell them. That’s accomplished by having money; or by having the law and courts on your side; or having people with guns who will do your bidding; or some combination of all these things. Our politicians get elected, which gives them the legal right to make budgets and laws and tell law enforcement and the military what to do. That’s real power – the kind the monarchy utterly lacks and has lacked for some time since before the Queen was even born.

Having power is one thing. But getting others to accept someone’s power over them is quite another. If you have to pull the gun out and wave it around every time you issue an order, things will not run very smoothly. Somehow, people must be convinced that your power is legitimate, and that you don’t just have it…you deserve it.

That, in my view, is the role the monarchy has played and continues to play in British and Commonwealth constitutional democracies for at least the last century. Just by existing and retaining its ceremonial role as the ultimate authority, it connects the country and whatever government it has today to 1,000 years of history and tradition. That makes it harder for anyone to feel that their leaders are governing arbitrarily and are really nothing more than a pack of rogues who have managed to win an election. We accept, at some level, that they have the right to rule over us.

The Queen executed this perfectly by presenting an unwavering example of a leader who was above reproach. How was she able to do this? Easy…she didn’t have to really lead anything. she never had to be responsible for anything that actually mattered. She almost never took a political position. All she had to do was stay in character in public, which she did – unfailingly, unflinchingly, rocklike – for 70 years. I don’t think any monarch before or any following will be able to do so as well.

My publisher tells me I’m supposed to connect these editorials to the industry somehow, so here goes. In light of the death of Her Majesty, spare a thought for how, in your business, you communicate that you not only have power, but deserve to have power. Be able to answer the question: why should anyone pay any attention to you? Yes, you can fire them, but would they follow you even if you couldn’t? The Queen couldn’t do anything to anyone outside her immediate employ, yet got millions of people all around the world to follow her, voluntarily. There has to be a lesson in leadership there. And God save the King.