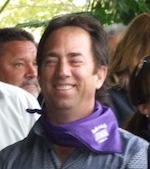 The letter from the FenBC board of directors says the board “could not justify” the $25-per-member CGA membership fee, which amounts to a $3,000 payment to the national association annually. The board noted that Fenestration B.C. now includes window and door manufacturers and installers as well as glazing contractors, and said it believes the CGA “does not serve or provide a benefit to the majority of its membership.”

In an attached letter, the FenBC board stated its view that the licensing agreement allowing the CGA to distribute the Glazing Systems Specification Manual was voided by the dissolution of the GCABC into FenBC, and that all ownership and rights to the manual devolved back to FenBC. The CGA announced in 2011 that work by the GCABC to bring its previous manual into agreement with the National Building Code was complete, and that it was licensed by the GCABC to distribute the manual across the country.

“This is truly a disappointing turn of events,” said CGA president Jim Brady. “Since taking on the role of president in July 2013 I have worked to establish continual dialogue with member associations from across the country. We hold conference call board meetings once per month to discuss various issues that everyone is facing and also to discuss how to move forward. One of the challenges has been that B.C. did not nominate anyone to be a board member at the Annual General Meeting last June, and as a result they are not realizing the growth that is occurring in the Canadian Glass Association. We had a Glass Connections Conference in Calgary last October that had 85 attendees and by all accounts was very successful. We are organizing another Glass Connections Conference for Halifax on June 5, and we are working in conjunction with the OGMA and Glass Canada on the Top Glass trade show set for May 28 in Mississauga. Part of reaching out to regional associations is to discuss other issues such as education for apprentices, the Red Seal Program and at the very least, to get the Glazing Specifications Manual into their hands. Now that FenBC is striking the licensing agreement that was made between the Glazing Contractors Association of B.C. and the Canadian Glass Association, we will no longer be able to offer [the manual] to regional glass associations. With regards to the manual, the CGA board will be meeting next week to discuss our options. As events unfold, I will keep our members informed through Glass Canada.”

“The letter outlining our cancellation of membership with the CGA had been sent only this week. No response has been received by Zana [Gordon, FenBC and CGA executive director,] or myself, but the response was quickly posted on the [Glass Canada] website,” said FenBC chairman, Terry Adamson. “Had the CGA opened a dialogue with me or Zana regarding our difficult decision there may have been a possibility of a solution. In the time I have been chair of FenBC I have never spoken to or heard from Mr. Brady. Suffice to say, this is not ‘establishing a continual dialogue.’ The decision was solely based on providing exceptional value to our members, they expect nothing less. I wish the CGA all the best.”