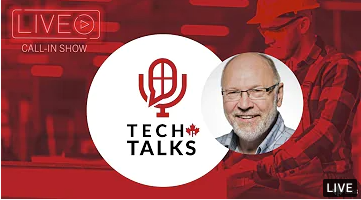 Parsons teaches building science at Dalhousie and opened with an explanation of just what embodied carbon is and how it differs from calculations of operational carbon emissions. In a nutshell, embodied carbon calculations measure the amount of carbon dioxide emissions created in the manufacture and transportation of a window or door product. Those numbers are then added to the embodied carbon in the other building components of a project and combined with the building’s energy efficiency to determine its overall carbon footprint. By now you have probably heard the terms PCR, LCA and EPD – a Product Category Rule is the guideline for determining the embodied carbon of a particular type of building component, a Life Cycle Analysis calculates the product’s entire contribution to the planet’s atmospheric CO2 from cradle to grave and an Environmental Product Declaration is a document that stipulates the product’s total impact on pollution, of which embodied carbon is just one aspect. Parsons warned that architecture and building engineering students today are being trained to design products with “energy use intensity X and net carbon storage Y,” meaning they are seeking to design buildings that not only contribute as little as possible to planetary CO2, but that use products that actually trap enough CO2 inside them that they overall effect is to remove it rather than emit it. Get ready to be asked for a new type of product: the carbon storage window.

How, you might well ask, can one capture carbon in a window design? That was the ultimate point of the session, with Parsons pointing out that wood actually traps carbon over the lifespan of the tree and retains it as long as the wood is not burned. This “biogenic” carbon – the carbon the wood removed from the atmosphere when it was alive – acts as an offsetting bonus in the EPD calculations and gives wood by far the lowest embodied carbon number of any window framing material. Even before biogenic carbon is considered, wood is the lowest at about 130 kilograms of CO2 embodied in a typical window frame. PVC comes in at 258 and aluminum at 486. Parson’s own research shows that you can knock off 50 kilograms of biogenic CO2 for white pine and 87 for white oak, giving you a net embodied carbon number of between 43 and 80 kilograms. Numbers like that might make wood a preferred material in the future, even if it is somewhat less insulating than a thermally broken PVC frame.

That it is possible to make a highly efficient window out of wood was demonstrated by Cartwright, who has designed a Passive House-certified wood window at Westeck. He teamed up with Godbout to discuss how they did this.

Things took a political turn when Everlast CEO and Fenestration Canada president, Mike Bruno, stormed into the call to lay out his concerns for the future should embodied carbon become a standard for window manufacturers to meet. He pointed out that Canadian manufacturers are forced to import just about all the components we use. The transportation adds CO2 emissions to the products’ ledger, possibly creating a situation where our own governments are enforcing a regime that makes Canadian products less competitive in the Canadian market, or even not legal for use at all depending where the regulations go. A Pennsylvania manufacturer, for instance, that can source everything from glass to weatherstipping in its own state, will end up with a lower embodied carbon number on its product even after shipping it to Canada because the Canadian manufacturer has to consider the carbon cost of transportation for each component from different parts of the country and the world.

Everyone agreed this is something the association and the industry should keep its eye on. The panel lamented the lack of home-grown supplies for many fenestration products. Godbout related a story where he travelled to Europe to tour an aluminum frame extruder there. All the raw aluminum containers were stamped “Alcan” ­– they had come from Quebec, which produces some of the lowest embodied-carbon aluminum in the world thanks to its plentiful hydroelectric power. But instead of using that resource ourselves, we are shipping it to Europe so it can be made into extrusions and shipped back here with a significantly higher carbon cost attached.