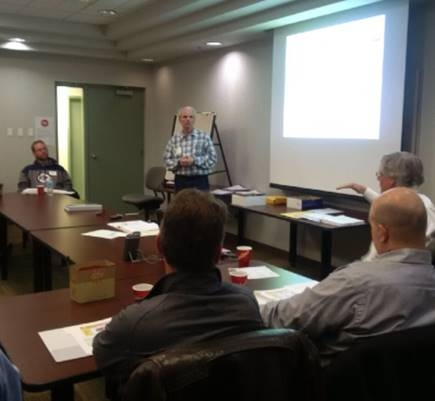 Feb. 5, 2015 – Fenestration Manitoba continued its development program with the launch of the first of a series of seminars – the CSA Fenestration Installation Technician Level I – on January 28th at Red River College, headlined by David Mitten, Executive Director of SAWDAC.

Feb. 5, 2015 – Fenestration Manitoba continued its development program with the launch of the first of a series of seminars – the CSA Fenestration Installation Technician Level I – on January 28th at Red River College, headlined by David Mitten, Executive Director of SAWDAC. “We see some inconsistencies in the installation activities in both new construction as well as replacements,” says Ryan Dudeck, President of Fenestration Manitoba.  “We have even been asked to get involved by groups such as Manitoba Home Builders and the New Home Warranty program.  We felt this was an excellent opportunity to deliver an established program.”

And, it would appear the plan was correct.  The classroom quickly sold out and FenMan proceeded to also bring in a local experienced expert, Brian Warkentin.   “I’ve been involved in various parts of the industry from code development to actual hands on installation,” says Brian.  This additional step will allow FenMan to continue delivering the program in the coming months to a range of additional interested parties, including even more window and door retrofit installers. “The man Fenestration Manitoba has chosen, Brian Warkentin, to do the training for them is excellent, very knowledgeable and also good at presenting,” Mitten reports. “He helped me the next day when I gave the same course again to a new Window Wise dealer in Winnipeg. I found that Brian relates very well to installers.” 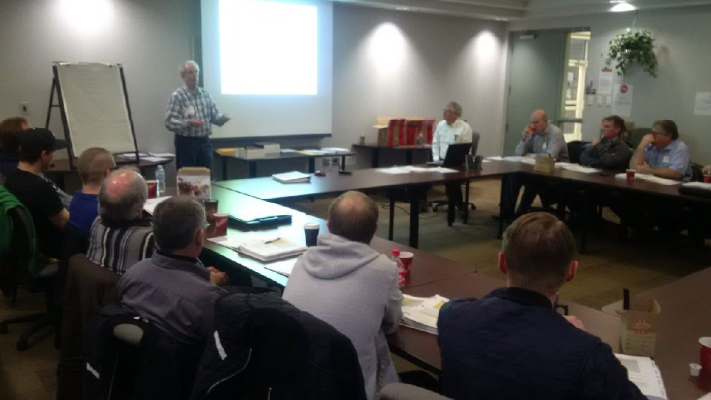 Fernando Unrau, installations manager for KPL Projects commented, “I found the House as a System to be one of the most interesting discussions although I really found the entire program very helpful. An additional benefit is simply the opportunity to exchange views with other experienced window and door installers.”

Similar views were reflected by Jonah Trusty, Sales representative for Armwood Windows & Doors, “I thought the seminar was very helpful for everyone. I would like to thank all the people who had a hand in putting this event together and look forward to more like it in the future. One of the highlights for me was having such a diverse and engaged group of participants. It really helped to bring healthy debate and insight to the event.”

All participants will receive course materials and a certificate for completing the course.

Newly appointed manager, Kelsey Evans, was kept even more “on her toes” during the event as there was a water advisory in effect and emergency supplies of coffee and refreshments had to be obtained from a local Tim Horton’s!