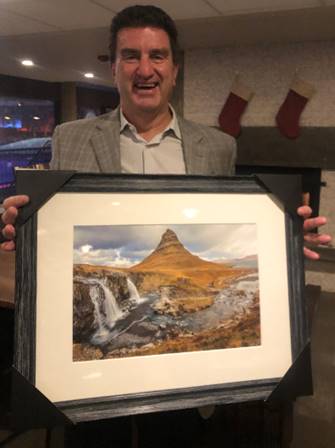 The annual FenMan year-end mixer event on December 10th repeated the concept at Prairie’s Edge restaurant at Kildonan Park and it proved to be an excellent mix of information and education, discussion among the professionals who operate a substantial window and manufacturing operation in Manitoba, a preceding board meeting and topped off with a sizeable donation to Siloam Mission again! A comparable number of attendees to 2018 took advantage of a “fireside chat” by Jeff Baker about the status and impact of Energy Codes – complete with detailed handouts.  This presentation once more emphasized the benefits of an industry organization which has an ability to keep industry leaders more informed and able to operate more effectively in an evolving and increasingly complex marketplace.

Shannon Shushkewich, Community Relations Coordinator, followed up with an expression of gratitude on behalf of Siloam Mission (www.siloam.ca ) for support that was raised by FenMan members. For the second year in a row.  2019 generated cash equivalent of well in excess of 100 backpacks with donations coming from Berdick Windows, Intertek Testing, DUXTON Windows, Cardinal Glass, Fenestration Components International, AGM Glass, North End Weatherstripping, Armwood Windows, Tecniplast, Acrylon, Adfast, Loewen Windows as well as Tremco. Thanks, Gord Seier, AGM Glass, for again spearheading this important way to give back to those in much greater need than our fortunate circumstances.

An added feature of the 2019 fundraiser was a Silent Art Auction, launched by Jeff Baker’s donation of striking print (Jeff’s “not so secret” passion for photography is crystal clear!) – taken in person – in Iceland!  Additional bid items included an artistic rendering of photo of a winter scene by David Firman (www.firmangallery.com ) as well as a very generous donation from internationally recognized and collected artist, Ewa Tarsia ( www.ewatarsia.com ).   Early Christmas purchases by John Zadro, Omniglass and Ted Paetkau, FCI, topped up FenMan donations to Siloam in a very big way! Special thanks to Ewa, David and Jeff!

Tony Novelli, Loewen Windows marketing manager and FenMan board member comments, “The year-end mixer is always a great opportunity to meet with our peers in the fenestration industry and Jeff Baker’s knowledge and presentations always are something I look forward to.”  And finally, “I enjoyed the opportunity to present to the very engaged FenMan members, demonstrated by their follow up questions,” notes  Jeff Baker, I was also very pleased to assist FenMan’s efforts to donate to the Siloam Mission with a specially framed image (amazing framed photo from a recent trip to Greenland) – compliments of my passion for photography!”

As always, we are grateful for the fine organizing efforts of the FenMan executive director, Nancy Zubriski!

www.FenCon20.com has be “warmed up” to a May12/13, 2020 date and as such was highlighted as a forthcoming event as a pre-sale offering will be forthcoming shortly.  We are grateful that key sponsors such as Platinum sponsor Thorwesten Maschinenbau and Gold sponsors Cardinal Glass and Fenestration Review have renewed their commitments to this increasingly important conference.