The window industry weighs in on the impact of the Canada Greener Homes Grant. 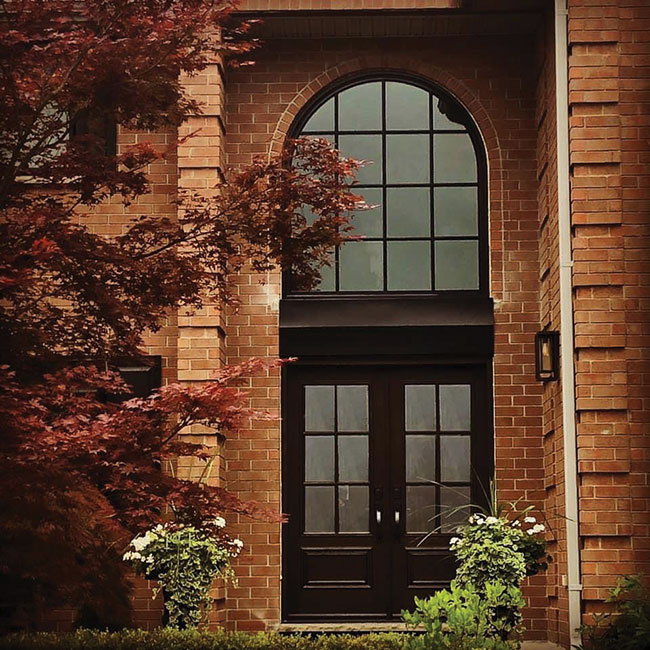 To qualify for the Greener Homes Grant, all windows and doors must be Energy Star-certified.

There are mixed reviews coming from the industry when asked about the impact of the Canada Greener Homes Grant.

The grant, rolled out by the government of Canada, was designed to incentivize homeowners into retrofitting their homes to make them more energy-efficient while stimulating domestic green supply chains, fighting climate change and creating thousands of jobs for energy advisors. Homeowners can receive a subsidy upwards of $5,000 for qualifying energy-efficiency upgrades.

In the world of windows and doors, all products must be Energy Star-certified to qualify for the grant, and an EnerGuide evaluation must be performed in advance of the installations. Homeowners are reimbursed for the cost of the EnerGuide evaluation if they complete the full retrofit process.

There’s only one problem. The energy auditors are in short supply in some regions of the country.

Zana Gordon, executive director of the Fenestration Association of B.C., says the grant is increasing sales and driving business for some members, whose customers are aware of the program. However, she says the EnerGuide audits have been a nightmare.

Jason Neal at the Siding and Window Dealers Association of Canada says his association is pleased to see the government stepping forward offering these grants, but has heard of similar concerns related to the number of available energy advisors.

“There’s quite a bit of demand for energy-efficient green products, but we don’t have the database of energy advisors,” he says.

Ben Polley, president of Evolve Builders Group in Guelph, Ont., says that he has heard of some energy auditors being backed up as much as three months in the Kitchener-Waterloo-Cambridge area before they can perform the necessary EnerGuide evaluation for homeowners.

Part of the challenge with having enough energy auditors available to perform the EnerGuide evaluations may stem from the cancellation of previous similar green rebate programs when provincial or federal governments change after an election, Polley speculates.

When governments change and cancel rebate programs and grants for homeowners, it can generate disruptions in the industry. Many energy auditors that lose their jobs once these grants go away leave the profession altogether.

That said, not all regions are having the same challenge.

James Baker, vice-president of Heritage Renovations Windows and Doors in London, Ont., reports no complaints about backlogs for energy audits as they try and ensure their customers are prepared for all aspects of the rebate process.

Shannon Ruffell, vice-president of Heritage Renovations, says they have had customers go through the entire process of the grant program with
positive results.

“Normally we would be the ones they would come to right away saying, ‘I need help with this,’ or ’I need assistance to push this through,’ and we really haven’t got any of those requests. So, from our side, it seems like everything is going really smooth with the program.”

Strong enough incentives?
Another challenge related to the grant program may be the level of incentive being offered.

“I have not observed the same kind of momentum and interest in energy efficiency updates through this program as we have through the provincial program that was cancelled two or three years ago,” Polley says. “I would personally say that with the current program, the incentives are too low to actually motivate or create a decision they would otherwise have not been able to afford or consider.” 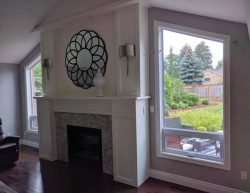 Although homeowners can receive up to $5,000 through the grant, for many, the incentive is too little compared to the high cost of qualifying products.

In his personal opinion, Polley says the current grant is small enough that all it is really doing is subsidizing people that were already going to do the work.

On the flip side, at Heritage Renovations, the company is enjoying a very positive experience with the Canada Greener Homes Grant program.

“We’ve been using it quite a bit at Heritage,” Ruffell says. “We found it’s been very exciting for customers. A lot of customers are doing renovations right now anyways.

“We were hearing rumblings of this several months before it officially got launched, that they were coming out with something that was in the final stages. When it did get launched, we immediately jumped into doing as much research as possible on it,” Ruffell explains.

She says that the majority of the rebate applications her company is submitting are in the $125 range.

“Often, to get into the bigger amounts, the upgrades that are needed to hit those limits outweigh the rebates that people are getting back,” Ruffell says.

Homeowner awareness
While some companies have aggressively sent out information on the rebate program, it is unknown how much effort has been made by the federal government to let homeowners know the Canada Greener Homes Grant is available.

“The awareness on the consumer level hasn’t been as robust as a lot of people would have expected. It’s mostly at the dealer level. When they did the Green Ontario program there was a mass marketing blitz on it, and I don’t think it’s the same right now,” Neal says, adding that with the backlog of energy advisors, the government likely wants to address that issue before it markets the grant program aggressively.

How do homeowners apply for the Canada Greener Homes Grant?
A portal set up by Natural Resources Canada can be used by residents across Canada to apply for the subsidy, except for those in Quebec (applications must be through RenoClimat) and Nova Scotia (applications must be submitted via the Home Assessment Program.) The program will accept qualifying retrofits dating back to Dec. 1, 2020, if they have been recommended by an EnerGuide evaluator. This grant can be obtained in conjunction with additional grants from a homeowner’s provincial and regional governments.