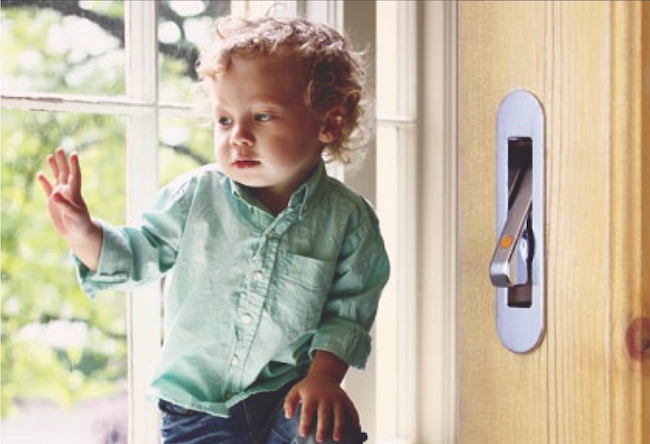 June 23, 2016 – Windows not only let in light and fresh air, but are also vital to safety as well. During the warmer months, homeowners naturally want to open the windows. Unfortunately, screens are meant to keep bugs out, not children in. Therefore, the importance of learning how to safeguard against accidental window falls cannot be stressed enough. According to the Safe Kids Worldwide 2015 Report to the Nation: Protecting Children in Your Home, about eight children under age 5 die each year from falling out a window, and more than 3,300 are injured seriously enough to go to the hospital. Statistics show that children are twice as likely to sustain a fall-related injury at home than at a childcare facility.

Fortunately, WOCD’s (Window Opening Control Devices) can help prevent window falls by limiting a window opening to less than 4″. Since 2011, Roto Frank of America, Inc. has been the exclusive distributor throughout North America for the Angel Ventlock (AVL) line of WOCDs that conform 100% to ASTM-F2090-2010 guidelines and allow for quick emergency escape and rescue. The AVL is available in surface and side mount variants (zinc and composite), and retrofit variants (zinc only) for horizontal and sliding windows.