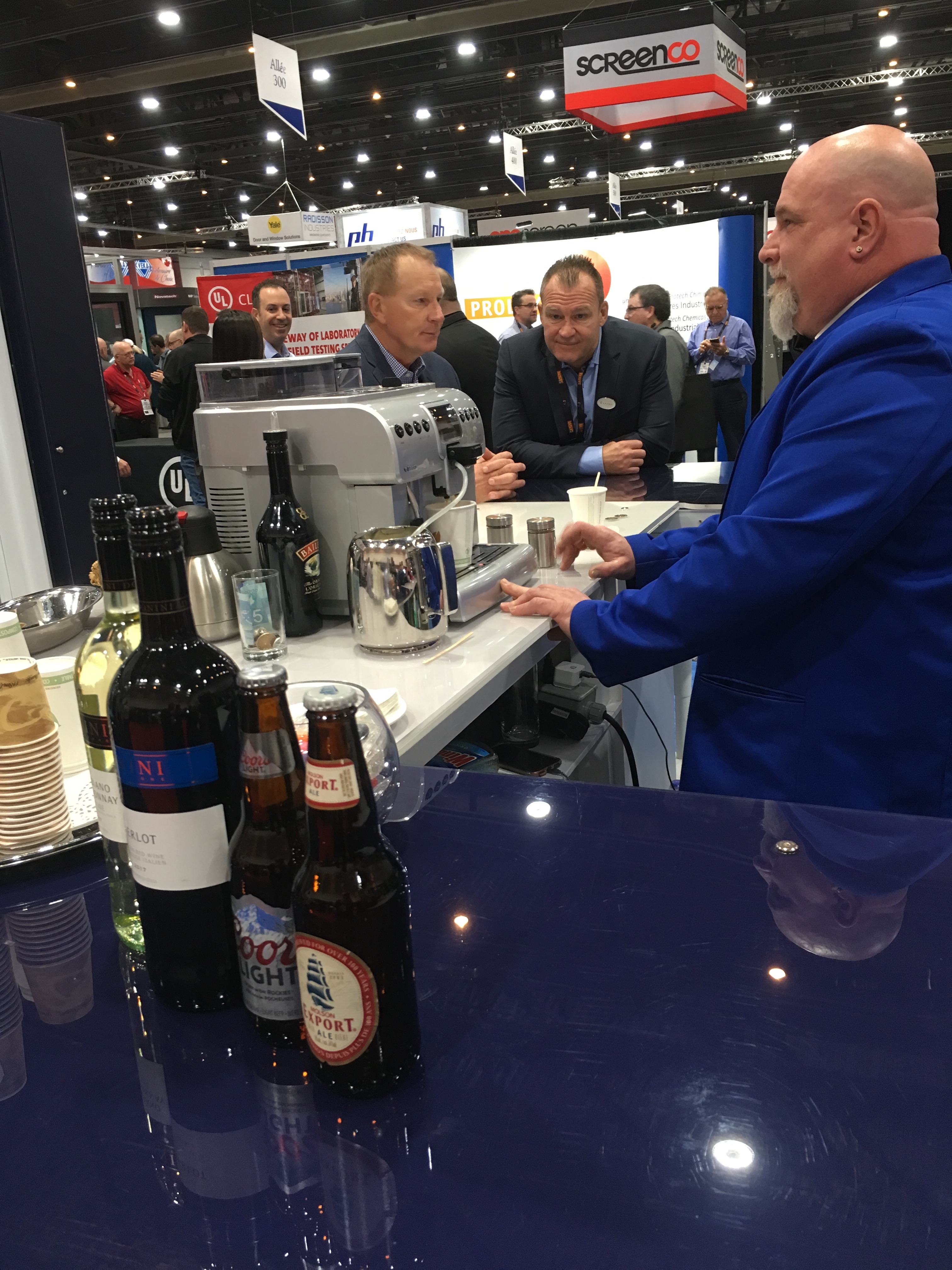 Privately, many wondered how WinDoor’s first edition in Quebec City would be received. Would the added distance from the big centres of Toronto and Montreal depress attendance? With over 750 window and door industry folk walking the show floor on the first day alone, the answer turned out to be a resounding “No.” Organizers and exhibitors were pleasantly suprised at the robust turnout that included many new faces not always seen at the show’s traditional venues.

“Everyone is stoked,” new Fenestration Canada executive director, Stephane Labelle, said of the show. “We’ve had 750 people through here already and that’s a crazy number if you look at past years. People are signing contracts on the floor. Three years ago people were thinking we can’t do anything with this and now people are really happy and expectations are higher as a result.”

“It’s been great,” said Jennifer Small of Screenco, FenCan president. “There’s a good buzz on the floor and everybody has given me really positive feedback. They love the venue, they love the location. All the feedback from the exhibitors has been great.”

Another experiment that appears to have been successful is WinDoor’s inaugural offering of education and exhibits aimed at the commerical market. According to Labelle, 18 exhibitors brought offerings to the show of interest to the architectural glass market. The education sessions on nanotechnology glass tratment, fire-rated glazing and balustrade standards were well-attended and attracted many questions and comments for the presenters.

The real star of the show, however, was Quebec City itself. The opening night bus tour of the historic areas around the scenic downtown drew excited comment from many over the European look and feel of the city with its narrow streets lined with 400-year-old buildings (well, those that hadn’t burned down at some point in the past) populated with an endless variety of small shops, bistros, and bars. Clearly, Quebeckers love to go out. Wrapped in a snowy blanket and twinkling with Christmas lights, Quebec was just lovely to look at. The Monday evening event leveraged this to good effect by hosting a reception in The Chappelle, a beautiful deconsecrated church featuring stained glass, towering cathedral ceilings and an impressive backdrop to the altar. The window and door industry has never felt so classy.

WinDoor 2019 is scheduled for Nov. 20 to 21 at the International Centre in Mississauga, Ont. Mike Bruno of Everlast has already almost sold out the evening Main Event gala.