Articles Fabrication
Letting everyone in

Demand for doors allowing disabled access is growing. Here’s what you need to know. 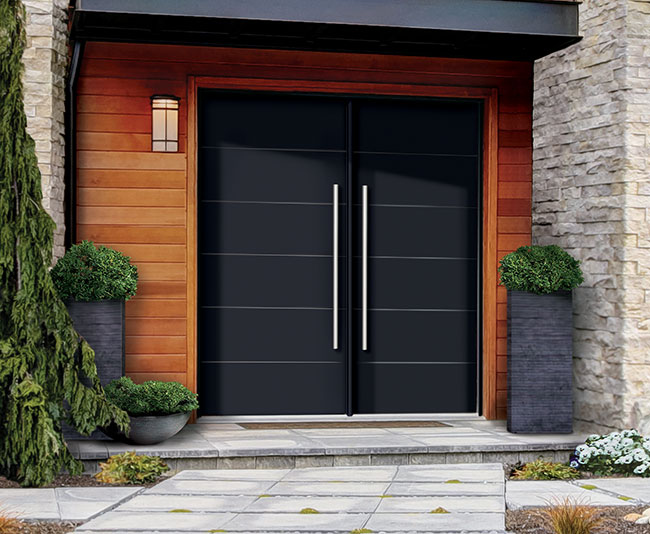 With our population aging and people living longer, demand for accessible doors in personal residences (doors which are at least 38 inches wide) is growing in Canada. Larger doors, at least in entryways, along with easy-to-use lever handle hardware are also in demand for other reasons. Before we delve into that, let’s take a quick big-picture look at accessibility across the country.

On the commercial and institutional building front, only three provinces so far – Ontario, Manitoba and Nova Scotia–have passed accessibility legislation. Public consultations on similar legislation have begun in at least one other, Newfoundland and Labrador. To speed things along and also create consistency, Canada’s disabled community (which in 2017 was found by Statistics Canada to be 22 percent of those 15 years and over, about 6.2 million) has called for comprehensive federal oversight. While the present federal government did pass the Accessible Canada Act a few years ago, it has been sharply criticized as it only applies to federal government agencies and organizations within federal purview, such as the military and banks.

In the residential sphere, while demand is growing for larger doors, people with disabilities are more at risk for poverty, and this affects their financial ability to renovate their homes. Recognizing that many disabled people rent and do not own their homes, Statistics Canada has found that of the 1.5 million disabled Canadians at least 15 years old who have an unmet need for a support such as a widened doorway for whatever reason, two-thirds have that unmet need because of the cost. And while there are various provincial and federal tax credits that apply to home accessibility modifications, some can only be claimed by those of senior age.

Demand growing
At companies such as SRS Windows and Doors in Thunder Bay Ont., installation of doors for physically challenged people is quite frequent these days, and “more commonplace than one might think,” notes CEO Tamara Sheedy. Although residential requests haven’t increased a huge amount for SRS over the last five to 10 years, commercial demand has gone up quite a bit due to the changes in the Ontario Building Code stemming from the passing of the Accessibility for Ontarians with Disabilities Act (AODA) a few years ago. At the time it was passed, the Act was touted as one of the first pieces of legislation in the world that established a timeframe for greater accessibility.

This experience is echoed at PM Windows and Doors in Kitchener, Ont. Co-owner Paul Censner says their extent of accessible door business these days is “huge” compared to 20 years ago and has stayed at a steady high level since AODA was introduced. Censner adds that it’s becoming more common for new houses to be built as accessible, and as part of that trend, there is also interest in using sliding doors in interior doorways instead of swinging doors. They save “quite a bit of room,” he says, and are easier to open for people who use wheelchairs, walkers, canes and so on.

“We also sell a lot of lever-style handles in windows and doors these days,” Censner adds, and this is not only because they’re easier to use. “People [without disabilities] like them because they’re new and different,” he explains. “When people find out they have that option, they want it.”

Indeed, for her part, Sheedy firmly believes that lever-style handles should be mandatory on accessible residential doors and in general on all doors as they are easier to manipulate for children, elderly people and everyone else. And while she notes that most architects still design homes without having at least one exterior door accessible (officially in Ontario, 38 by 82 inches with a flat sill), she feels the OBC should require this.

“Although you may not need it now, if you put it in when building the house, it will cost you only a couple of hundred dollars more on average than potentially thousands if you have to replace the door and the structure around it later on,” she explains. “For instance, if anything happens to you and you need a wheelchair or walker, or someone in a wheelchair comes to visit or live with you. Having that enhanced entrance also makes it easier on our essential services to get you out if you’re ever in distress.”

Demand for even larger entrance doors – 42 inches wide – has gone up a great deal in the last five years and continues to increase, at least at TruBilt Door Systems in Woodbridge Ont., although not for reasons of accessibility.

“It’s a look people want,” says sales manager Carlo Ianni. He says. “About two years ago we started expanding our line of 42-inch doors and there will be a further expansion in our new catalogue this year.” Colours like dark red (Iron Ore), dark brown (Expresso) and black are most popular, along with more contemporary windows. These doors can be installed, Ianni notes, by removing one of the entryway side panels and using normal hinges.

Installation
In retrofitting an existing doorway with an accessible door in Ontario (in compliance with AODA), Sheedy notes that if you do not have the room to increase the overall slab width to a 38-by-82, then swing-clear hinges or accessibility offset hinges will be required “to get that door to sit on the frame when open to gain that all-important two inches of space.” She adds, “Regardless, whichever way you do it, make sure the door swings clear of the opening 100 percent and you check with your local bylaws to make sure of what is allowed in your area. There should not be much difference among municipalities and it’s the OBC that matters, but still, check with your city’s building office.”

Ianni adds that in some installations, to keep the sill flat, sometimes the existing standard sill is kept and lowered so that it sits at floor level, rather than having an ‘accessible’ sill put in place. This is done, he says, to better prevent water infiltration.

Retrofits gone wrong
The situation of replacing a standard-sized door with a larger one to make a home more accessible is one that can unfortunately involve people who aren’t qualified. Sheedy believes that to circumvent the risks associated with these situations–and mistakes that might occur in the installation of any window or door by untrained individuals–installation of windows and doors should be regulated. Censner agrees that in his area of the province, there are still a few fly-by-night operations that install accessible doors and other items improperly and sometimes PM Windows and Doors is called on to fix their mistakes.

This means, says Sheedy, that all window and door installers should be required to go through a rigorous skilled trades certification program specific to the fenestration industry. “They will gain valuable education about the building code and AODA compliance,” she says, as well as proper installation techniques.

To ensure accessible doors (and any door or window) are installed properly into a home, Sheedy encourages homeowners to make sure they hire reputable contractors who are SAWDAC members, to get several quotes and make sure to get references. “Go visit locations to actually see their work before allowing them to alter your most expensive possession,” she says.

Related
Philibuster: Letting the Air Out – Let’s talk about exfiltration
Fast times in Winnipeg – FenMan gets into the spirit of giving with a big donation to Siloam Mission
Vancouver bans door knobs
Centennial Windows & Doors named ENERGY STAR 2019 Manufacturer of the Year