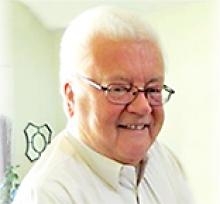 Martin will be lovingly remembered by his wife Darlene; daughter Kirby (Kurt) Schulz; two grandchildren, Noah and Allie Schulz; his sister Ilse Desautels (Maurice); brothers, Gervin (Carla), Gordon (Debbie), Reine (Linda), and numerous nieces, nephews and cousins. He will also be greatly missed by his close friends and people in the window and door community, especially Bill and Margaret Fast. He was predeceased by his father Reinhard, mother Erna and his brother Edmond Seier.

Martin was born in Flettmar, Germany and immigrated to Winnipeg, MB at the age of six with his family. He started working part-time for Willmar Windows (Jeld-Wen) at age 11, until he retired in 2012 at age 65. He married Darlene Seier (Pommer) October 10, 1970 and was thrilled at the birth of his daughter Kirby in 1984. He loved spending time during summer months at his cottage and travelling south annually (Florida and Las Vegas) in winter seasons. Martin will be greatly missed by all. He was a family man and enjoyed life!

The memorial service will be held on March 9, 2018 at Grace Lutheran Church (on Kimberly and Henderson) at 11:00 a.m., followed by a luncheon and open mic celebration. The family would like to thank all the staff from homecare and at Concordia Hospital for your care and compassion. In lieu of flowers, donations can be made to CancerCare Manitoba in Martin’s name. The family will have a private scattering of his ashes at a later date. KLASSEN Funeral Home 1897 Henderson Highway, Winnipeg, MB (204) 338 0331 Condolences may be sent to www.klassenfuneralhome.com