Articles Dealer’s Corner
Doorknocking: Sometimes “No” is the right answer to customer demands

Avoid these pitfalls when trying to meet customers’ expectations. 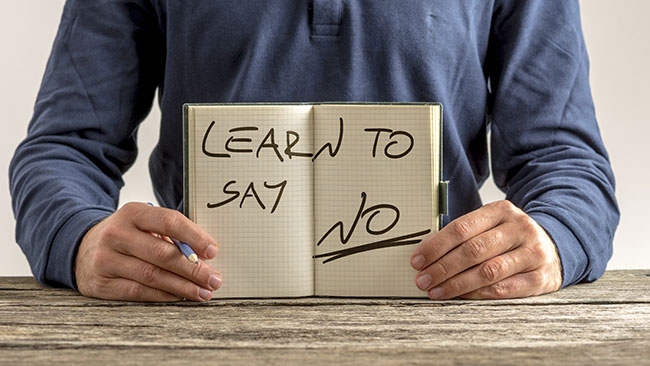 I understand the pressure to say “yes” to customers. In today’s modern world of endless online choices, entries must be visual stunning.

Homeowners and project developers fall in love with their preferred door entryway.  Why not? A grand entrance can create up to 35 per cent more perceived value in a home.  But then sticker shock hits, challenging manufacturers and pre-hangers to fabricate these entrance systems at low cost while meeting building codes for NAFS and energy ratings.

At some point, the pre-hanger should say “no.”  There’s a limit to what can be achieved at a certain price point. In my time I’ve seen a lot of attempts to take shortcuts around the laws of economics, and they usually end poorly.

The most obvious issue is a system that doesn’t meet the homeowner’s expectations for functionality or a finished look. When they complain, the installer gets the first call. Once they are stumped, the pre-hanger gets involved. Then the manufacturer gets blamed. But when the manufacturer inspects the system, the product is not the issue but rather how all the components were put together. No one is happy, and no one has a simple – or cheap – solution for the homeowner. All of this could be prevented with a simple “no” at the point of quotation when the homeowner demands a certain look and function at an unreasonable price point.

Automatic multi-locks work well in multi-unit residences – too well for many residents. They need only get locked out on the doorstep in their bathrobe once to fall out of love with them. Single-locking deadbolts with two heavy commercial roll catchers are a popular lower-cost option that can even sneak in under the bar for a North American Fenestration Standard test, but they carry their own problems with causing a loud slamming noise. Exercise caution when saying “yes” to these cost-cutting measures.

Before saying “yes” to pull bars, remember the better ones are more expensive, with better fastener systems and heavier metal.  Angle offset bars can have an issue, depending on the internal door structure, where they don’t perform well.  For example, after repeated opening and closing over time the offset angle bars can put a lot of pressure on the door skins of steel and fiberglass doors, especially if there is no structural reinforcing under the skin.  The skins may bend, crack or break open where the fasteners meet the skin. In the case of less expensive pull bars, the fasteners themselves will require tightening or shims that require adjusting. Maybe better to say “no” to them up front. Doors that don’t have a constant latching point on the middle tend to warp or move in and out.  This may cause problems with engaging the deadlock or unlocking the door to escape in an emergency.

Beware of low-cost primed finger-joint jamb. I’ve seen it rotting in the joints themselves or near the sill.  It may begin to rot before the house is completed, leaving it to the new homeowner or the installer to fix. In most cases it is just covered by the painters and then it is up to the homeowner to discover. In those cases, no recourse and no warranty. If it’s discovered in time, it becomes a cost for the builder, installer and pre-hanger to fix.  Low-cost composite jamb and T-bars tend to warp and crack. Smaller finger-joint-primed T-bars split near the sill or header and at the locking points.

Finally, resist the temptation to offer non-energy-rated glass and doors or doors with no testing at all.  Some low-cost pre-hangers turn to products that, a first sight, look amazing. On closer inspection, the glass in the door may not be low-E or energy rated. In fact, the doors themselves are not tested for structure or performance or energy. They look very similar to rated doors, and it’s very hard for inspectors to tell the difference. Labels can be faked, or it’s implied that the door is from a major door supplier. It’s only a matter of time before issues with these poor products are discovered.  Once they are, not all homeowners will be willing to bear the cost to replace them and they will come looking for the installer and pre-hanger. Better to just say “no” in the first place when you’re asked to provide a non-compliant product.

Todd Hassman is a consultant with Evergreen Energy Solutions. He’s been in the industry since 1990. He can be contacted at tp.hassman@telus.net
Print this page