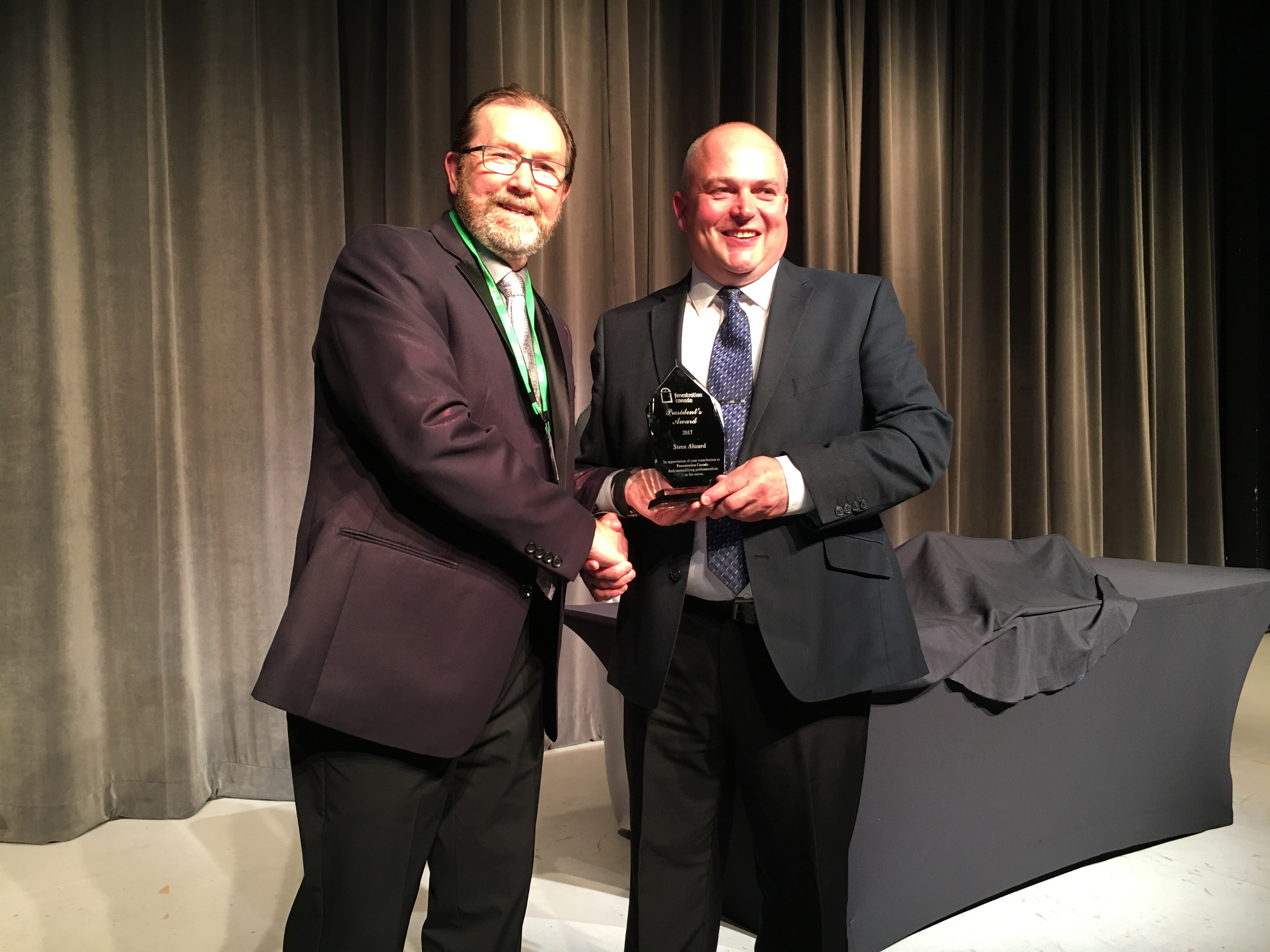 Steve Alward, product manager at Atlantic Windows, was given the first-ever President’s Award for outstanding contribution to Fenestration Canada at the association’s Annual General Meeting on June 2 in Halifax, N.S. Outgoing president Allan Doyle of Global Windows presented the award.

Alward has been in the window and door industry for 20 years in the industry, all with Atlantic Windows. He’s been active in FenCan for six years, serving on the Technical and Education committees. He is proud of the growth in the Technical Committee since he joined, noting that there were six people involved when he started and the last meeting in Halifax had over 50 attendees in the room.

Perhaps the primary reason for Alward’s recognition was his work on the Education Toolbox as chair of the Education Committee. The Education Toolbox is an online tool Fenestration Canada is developing to give window and door manufacturers and dealers resources to inform local code officials, building authorities, clients and designers about the North American Fenestration Standard and other important window standards. Alward has spearheaded development of this challenging project that is slated for launch later this year.

Alward says he was surprised to receive the award. “I’m very appreciative and don’t want to take it for granted,” he said. “I’ve learned from volunteering that it’s the people around you that make the committees and work happen. I should be sharing this award with everyone involved. You get out of the committees what you put in.”

Fenestration Canada will award the President’s Award annually at its AGM.

Atlantic Windows is a large window and door fabricator based in Port Elgin, N.B.