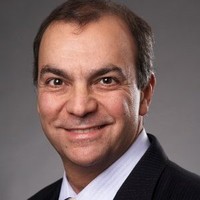 The Ontario Construction Secretariat hosted its online State of the Industry and Outlook Conference on March 4. Many presenters commented on the fact that the last time the conference was held in 2020 also marked the last live event they had attended since.

As always, the OCS presented a very informative and comprehensive overview of the Ontario construction environment. The event featured an economic update from CIBC deputy chief economist, Benjamin Tal, OCS director of research Katherine Jacobs’ report on her survey of contractor attitudes, a panel discussion on health and safety on jobsites and a presentation and Q&A with senior editor of The Atlantic, David Frum.

Tal’s presentation outlined a recession that was unlike any every seen before in history. he described the road forward as one of “normalizing the abnormal.” He sought to answer the question, “Was COVID an event or condition?” Answer: an event, and one that was likely to see many of its effects wiped away by unprecedented economic growth starting in the second half of this year.

Both Tal and Frum noted that American trade policy was unlikely to change much under the Biden administration. Tal described it as being more polite, and possibly seeking allies to confront China, but the thrust of protecting American companies would continue. He said it was urgent for Canada to obtain carve-outs from Buy America policies that would maintain our access to U.S. government procurement, especially given the really incredible amounts ($400-500 billion) they are looking at spending on infrastructure.

Tal and Frum also made the interesting point that America’s looser immigration policy under Biden could be a negative for Canada. In the international competition for the most skilled immigrants, Canada benefited when America closed its borders. Part of the very strong, fast recovery Tal predicts will be a surge in demand for labour and Canadian companies, with their reliance on immigration for recruitment, could find it hard to obtain talent.

Tal sees increased regulation of the U.S. energy sector being a boon to Canadian energy producers, despite the cancellation of the Keystone pipeline. Overall, he predicts that as much as 20% of what is presently manufactured in China for sale in the U.S. could be reshored.

COVID has created a recession unlike any seen before in economics and Tal admitted it made it extremely difficult to analyze and create forecasts. Canada lost jobs in January while the U.S. gained slightly, but Tal acknowledged this was a tradeoff between better economic performance and higher rates of infection. He sees Canada’s lag behind the U.S. in vaccinations as a problem because it threatens our ability to be ready to take advantage of the big U.S. recovery.

On the overall effects of the pandemic, Tal is relatively upbeat. He described the recession as deep, but very narrow. It was confined almost entirely to specific sectors of the economy (hospitality, travel) that were incredibly hard-hit, but had little effect on much else and has been beneficial, sometimes tremendously so, for others (online tech and entertainment). It has been unlike any other recession in that service industries have been hit far worse than goods providers.

Broadly, the economic effects of the pandemic bit into the economy worst a year ago in March and April of 2020, then quickly recovered as people got used to working in and around the restrictions. Tal mentioned that the pandemic may have spurred the long-awaited productivity improvements in Canadian manufacturing and construction as companies were forced to take risks.

Tal’s numbers showed one to two percent growth for the Canadian economy over the winter. He predicted a stronger recovery in the second half than the Bank of Canada’s forecast. Tal pointed to the disproportionate impact on the service sector, which has more flexibility to bounce back faster than manufacturing. Canadian incomes actually rose during the pandemic, which has never happened in a recession before. Jobs losses were restricted to low-income earners – higher paying jobs gained 350,000 positions last year. Yet the spending decline was all at the upper income levels. The net effect, Tal said, is Canadian households sitting on $90 billion of excess cash, representing a big well of pent-up demand. Tal said when a government minister asked him what they should do about stimulus, he answered “Vaccinate and get out of the way!” He predicts five to six percent GDP growth in Canada in the second half of 2021.

Another fascinating prediction from Tal was that the pandemic has created the conditions for a permanent increase in government spending. Public spending in Canada was around 15 percent before the pandemic and has now jumped up to 35 percent. Tal thinks spending may drop back to around 17 percent and stabilize there. He feels the forced experimentation with pandemic programs has opened the door for further innovations in government policy, such as universal daycare, universal basic income and more generous employment insurance. To pay for it, Tal thinks taxes may increase in over the next two years, possibly including increases in capital gains tax, carbon taxes or even a small GST rise.

Tal acknowledged that conditions now look like the classic conditions for severe inflation, especially if governments overstimulate the economy with continued spending once the pandemic is over. But inflation has stubbornly resisted other apparently inflationary circumstances for many years and with interest rates continuing to be held low Tal was unsure if it would get going this time. “One thing economists have found out since the ’70s,” Tal said, “is that if inflation is hard to stop, it’s also hard to start.” He feels the Bank of Canada is ready to tolerate some inflation in the short term and is unlikely to raise rates until the U.S. Federal Reserve does, perhaps in late 2022 if the market rebounds as strongly as expected.

Tal called this the “most housing-friendly recession in history.” Real estate prices have continued to rise almost everywhere over the past year, in total contrast to what has happened in every prior recession. What’s even more remarkable is that it is happening in a tighter lending environment with stress tests that make rates effectively higher than they were during the last recession of 2008. Tal pointed to the assymetrical nature of this recession, with the brunt of the impact falling on low-income workers who were renters anyway and higher-income people often being better off. The housing market has acted the opposite of how it normally does in a recession in other ways, too, with demand exceeding supply and price inflation going faster outside big urban areas than inside them. Tal noted a decline in downtown condo prices, but said the damage was all in the resale market – new condos continue to sell strongly. He views the work-from-home phenomenon as not likely to put a long-term dent in demand for office space, saying it’s temporary and people will want to return to offices when they can.