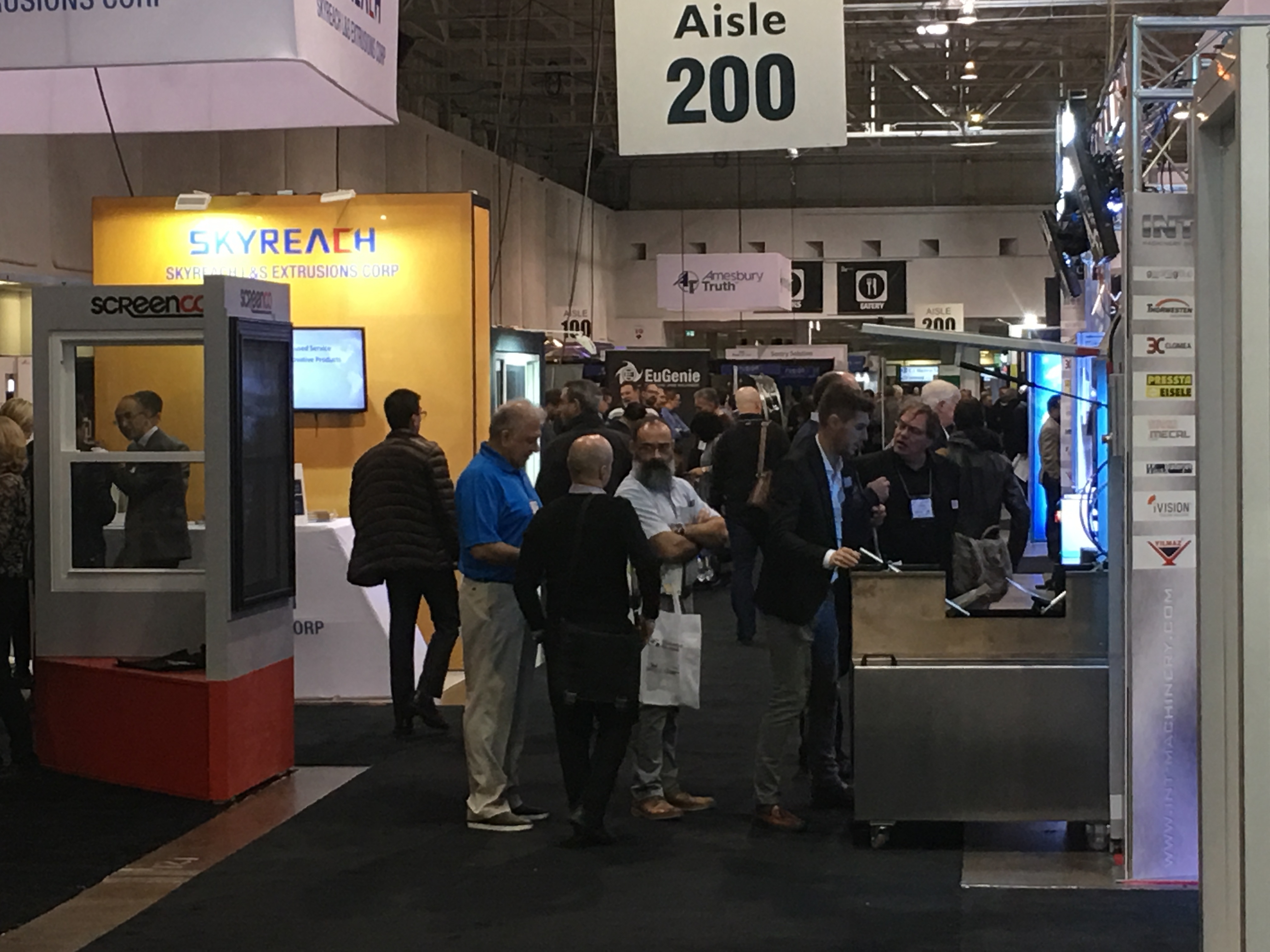 Dec. 1, 2017 – Long-time Fenestration Canada director Kevin Pelley could hardly contain his excitement. “WinDoor’s back!” he exclaimed outside the Embassy Grand Convention Centre in Brampton, Ont., the location of the Main Event gala dinner on Nov. 29.

It was easy to see the source of his excitement. The first-ever Main Event – an invitation-only dinner with sponsored tables, entertainment, dancing, tabletop displays and an open bar – welcomed around 600 guests from the Canadian window and door industry, easily the largest single crowd anyone could remember at a Fenestration Canada event. The heroic efforts of Mike Bruno, president of Everlast and Fenestration Canada director, paid dividends for the association and the fenestration community with a fun and energetic event that drew raves from all involved.

“I don’t do anything half way,” Bruno remarked.

In addition to all the fun, the night included the induction of 15 new Fenestration Pioneers to the association’s hall of fame.

WinDoor 2017 was back in another sense, in that it had returned to the Greater Toronto Area following a move to Montreal last year. Around 700 attendees visited the show the first day at its new venue at the International Centre in Mississauga, Ont. Final numbers for the second day weren’t available, but traffic was perhaps a bit better than normal for a Thursday. Other new wrinkles on the show floor included draws for cash prizes on a big wheel at the Fenestration Canada booth and announced product demonstrations at various exhibits around the hall.

A nice amount of production machinery was on display, with JSA, JRC, INT, E.J. and Protomach all splashing out for large booths with lots of automation running.

The massively expanded education sessions drew more total attendees than the seminars had in the past, with anywhere from 70 to over 100 in the education area at any time. Distribution of attendance among the three sessions going on at any time was far from even, however. It’s clear that information on building codes, NAFS and Energy Star remains the most critical information for this industry.

Somehow overlooked in the product awards was the first genuinely new innovation seen on a WinDoor show floor in many years. Fiberlink was demonstrating a new polyester screen mesh that is so tight it is waterproof – staff on the booth were actually pouring water on the mesh where it would bead up and sit there leaving the table underneath completely dry. Yet air passes freely through the mesh. You could hold your hand on the other side and blow on it and feel the puff with little obstruction. Several industry veterans commented they had never seen anything like it. No word on how strong it is – some fabricators are planning to test it in screen applications.

“Overall, Fenestration Canada is pleased with WinDoor 2017,” Lisa Bergeron, FenCan president commented. “Activity on the show floor was good and the Main Event was a real success. There was near unanimous satisfaction with our choice of new venue. It really felt like a trade show! Initial feedback on the education sessions are good. Content and speakers were of great caliber. Looking forward to seeing everyone at WinDoor 2018 in Quebec City on Dec. 4 and 5, 2018.”

“I think the show went great,” said Stephane Labelle, WinDoor Committee co-chair. “I would not say that it exceeded our expectations because we knew it had to be almost perfect to convince our members that WinDoor was back at 100 per cent. I think we reached this huge goal we set for ourselves. On a personal note I was really touched to see that we were able to recognize our pioneers in front of a record attendance. I saw a lot of happy faces during the whole week and I am happy to do even better next year with my team.”