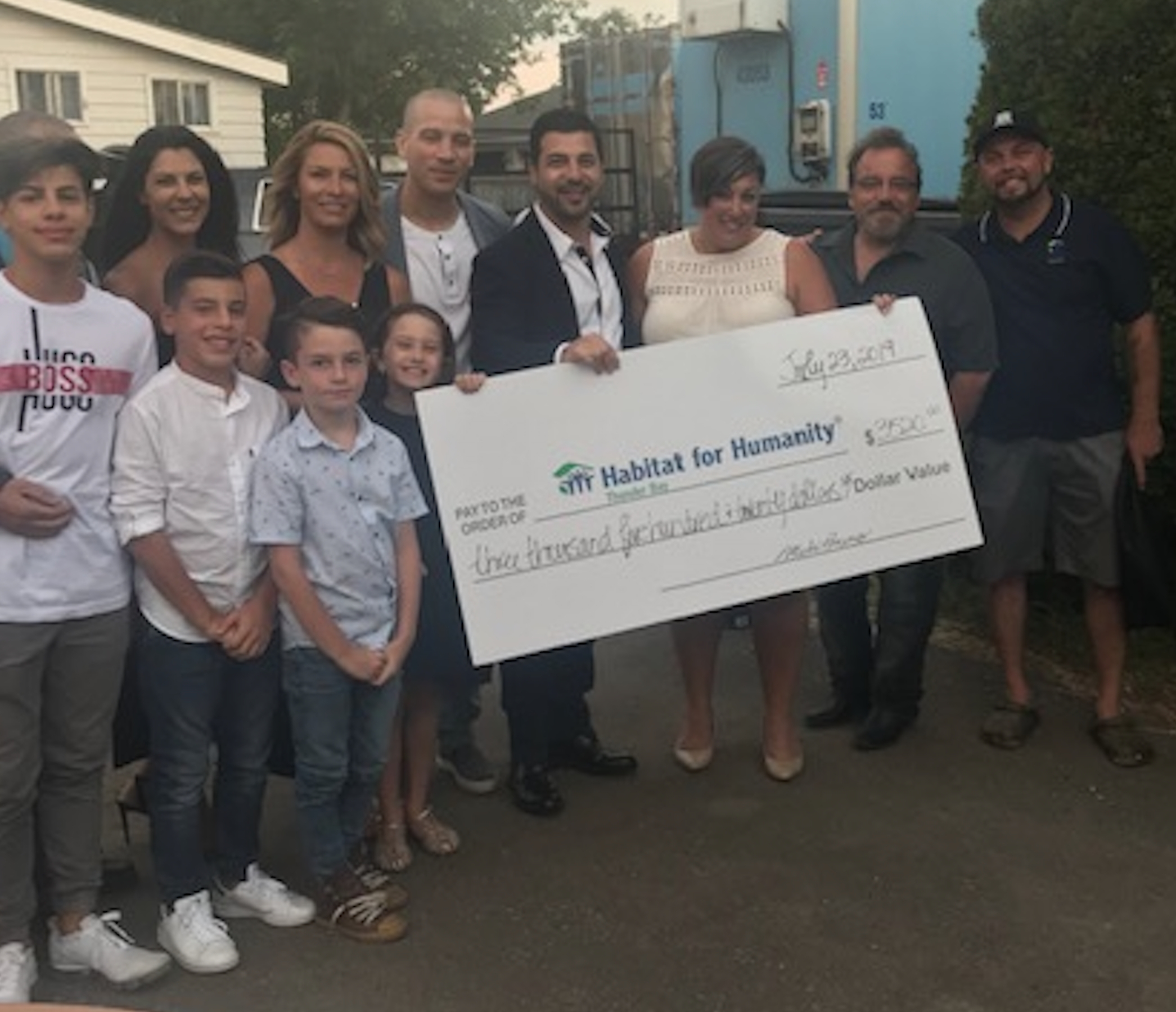 It all started back in 1960 when Frank Bruno arrived from Italy and found a job as a glass cutter for Everlast. Fast forward a few decades and The Everlast Group of Companies was looking to grow and plant roots in a town it has serviced local builders for years  from Toronto…that city is Thunder Bay, Ontario.  Mike Bruno’s vision was to bring some more contemporary styles and colours of both windows and doors to Thunder Bay and was successful in doing so.

Trucks were driving North full of product almost weekly with black, grey and sandalwood coloured windows as well as fibreglass contemporary doors and Altitude+ Aluminum windows.   Then late in 2018, opportunity knocked and Mike Bruno – President- answered the call and purchased the facility from A.R. Ross at 612 S.High St. Throughout the winter months much work and effort was put into revamping the existing space to showcase the current products being carried by Everlast as well as continuing to provide some of the existing products such as siding and windows from PlyGem/Mitten.  The showroom looks distinctly different form the time of purchase, sporting contemporary doors…including a nice blue one…a black entry door and some Altitude windows along the side.  Siding was redone and 4’ x 4’ pictures of some completed homes now adorn the side of the building.  There is still some work to be done but on July 23rd, 2019 it was ready for a grand opening.  Two months Prior in May, Mike Bruno sat with the fantastic organization we know as Habitat for Humanity and not only donated product for two homes being built in Thunder Bay but took it a step further and donated laptops to each of the children that will eventually live there.  The families were ecstatic and the story aired on local news stations and The Chronical Journal newspaper as well.  Mike became a local hero…But it didn’t end there.  In the weeks leading up to the grand opening night, Rob Buie (manager) and TJ Chiodo who run the facility started to advertise to the local customer base to bring their wallets with them to the grand opening as there was going to be a raffle in support of Habitat for Humanity.  The grand prize was tickets to a Toronto Maple Leafs game and a $500 prepaid Visa card…to assist with travel expenses.  The night was a great success with over 100 people enjoying some food and beverage inside the showroom and under the tents outside. The guests did not disappoint as they generously opened their wallets and managed to raise $3520 for Habitat for Humanity.  As a token of appreciation, those in attendance were also given an Everlast knapsack and baseball cap.  It was a family affair…The entire Bruno Clan, from the patriarch – Frank Bruno to the youngest grandchild made the trek north to celebrate this milestone in the evolution of The Everlast Group of Companies.  Also making the trek with the family was Sergio Vittorino from the Napa Valley Doors division and the VP of Sales Vince Porcelli.  Mike Bruno also said a few words expressing gratitude for their support and a promise to continue to not only be a local business, but a true supporter of the community and become woven into the fabric that makes up this great city.  This was not only evident in the support of Habitat for Humanity, but also in support of some local sport as well.  The night before the grand opening, was Everlast night at the Ball park as the Thunder Bay Border Cats took the field, the first 150 people received an Water Bottle with the team logo and the Everlast logo as well.

Everlast is off to a great start in Thunder Bay. The future looks bright!