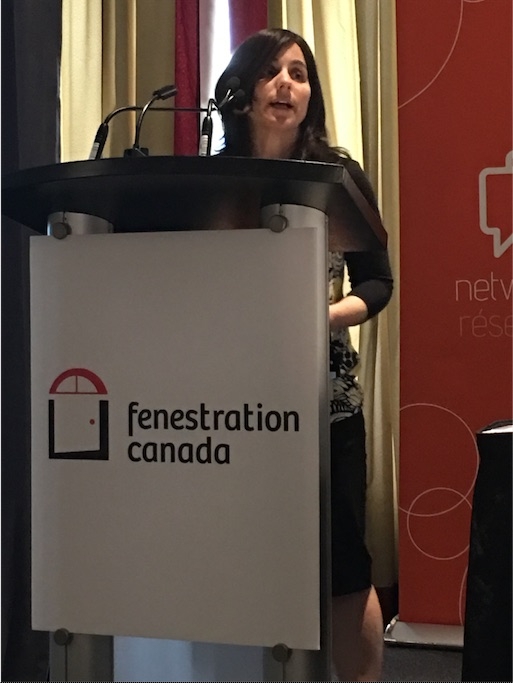 The Fenestration Canada AGM education program took place on the Friday, June 2. The keynote message came from Debbie Scharf, director of the equipment division of the office of energy efficiency at the National Research Council, who outlined the Pan-Canadian Framework on Clean Growth and Climate Change. That is a document agreed on by Canada’s provincial premiers setting out the targets for energy efficiency and emissions controls that various sectors will need to hit in order for Canada to meet its commitments under the Paris Agreement on climate change. For the fenestration industry, the big news was that governments want all new homes to be at least Net Zero-ready by 2030 – which means windows will need to achieve a 0.8 centre-of-glass U-factor.

Also new is that the Framework calls for similar efficiency standards for replacement windows, effectively making it impossible to sell a less efficient window anywhere in the market. How this would be enforced remains unclear, though Scharf made reference to federal government powers under the national Energy Efficiency Act.

Scharf said the NRC is working on step codes to phase in the tighter standards. The proposed schedule would see 1.6 U-factor mandated by 2020, lowered to 1.2 by 2025 then to 0.8 by 2030. Consensus around the conference was that 0.8 U-factor is only achievable with triple-paned insulating glass units using present technology. So the proposed rules, if embedded in codes and/or provincial laws, would force a huge change in window designs and effectively outlaw most of the products on the market today.

Scharf implied the NRC understands this and said there will be a significant effort to collect information from manufacturers on what is possible now and to obtain funding to help manufacturers develop compliant products that are still affordable. She did, however, note that developing this R&D assistance would constitute a “lobbying” process by NRC with no guarantees for success.

The NRC’s national market survey is planned for completion in 2018. Input from industry stakeholders will be solicited.