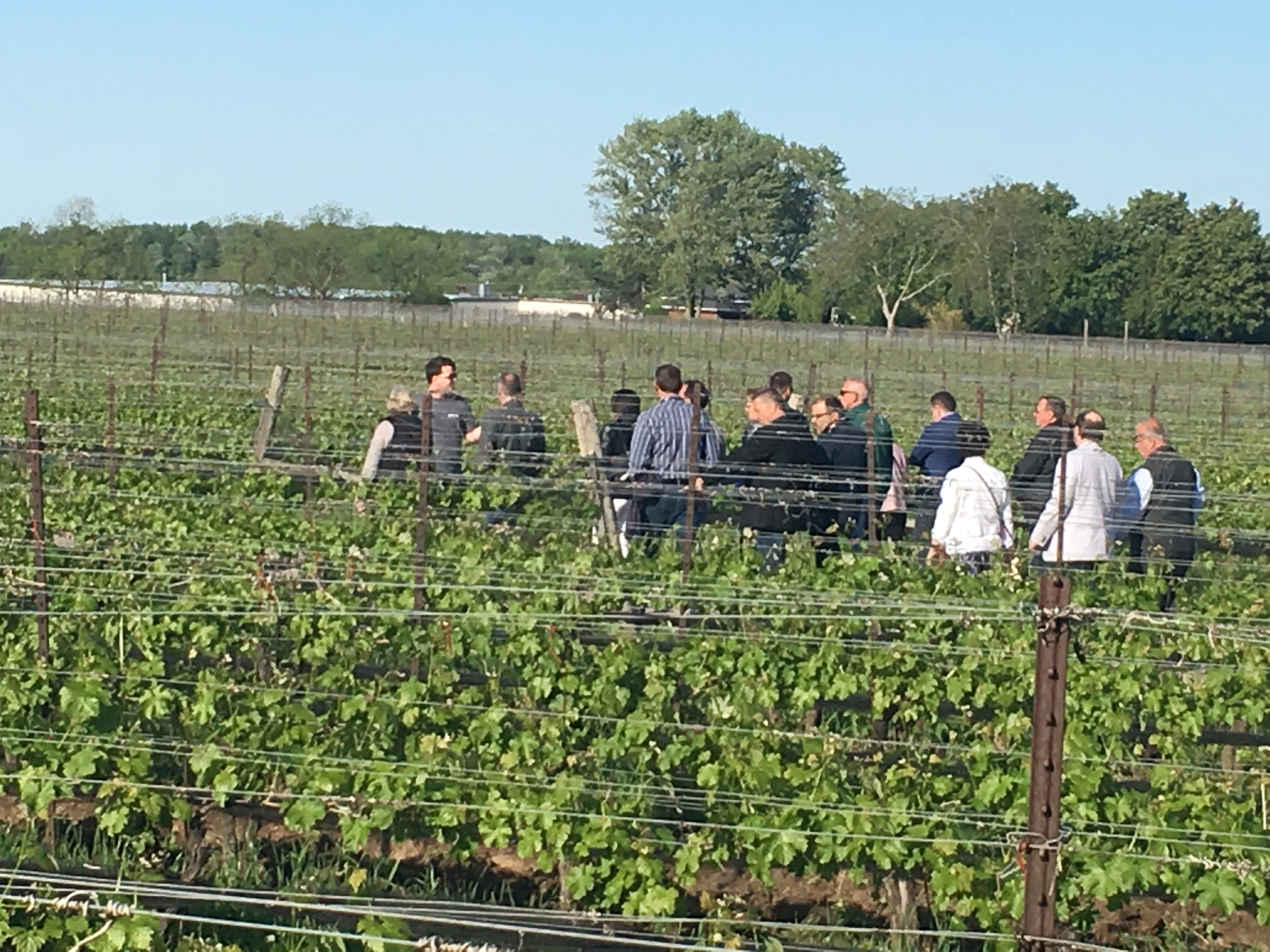 The 2019 Fenestration Canada Spring Conference in Niagara-on-the-Lake, Ont., welcomed a healthy crowd of around 140 window and door business leaders for two days of education sessions, committee meetings and ­– most crucially ­– informal networking giving everyone a chance to reconnect and update relationships. Considering the quality of the conversations and the opportunity to meet new people at these events, one wonders how the people who don’t come out stay competitive. Granted, your customers aren’t there, but there’s just so much to be learned and discussed and thought about in one condensed and intense period of time.

After the Falls, wine is probably the first thing people think about when visiting the Niagara region, so the event started out appropriately enough with a tour to Ravine Vineyard Estate Winery where attendees got to tromp through rows and past the chickens while hearing everything you ever wanted to know about grapes and wine growing, and maybe even a little more. Their patience paid off with some tasty samplings back at the main building followed by a reception out back where you could get more of your favourites. The Falls were not forgotten as a companions tour took the spouses on a bus tour on day two.

At the President’s Dinner, Jennifer Small of Screenco performed her final duties as outgoing Fenestration Canada president by passing the pepper mill to Terry Adamson of Westeck Windows and Doors. Adamson noted that no one would be surprised to hear he has strong views on what should be happening with codes and standards, and that he plans to make Fenestration Canada an influential voice with codes writers in Ottawa and the provinces. Adamson announced his goal to reach out to more small and medium-sized fenestration companies to increase their representation and participation in the association. As a fabricator from Chilliwack, B.C., Adamson said his election following terms by presidents from Ontario, Nova Scotia and Quebec solidifies the identity of Fenestration Canada as a truly national organization with coast-to-coast reach.

Small also had the pleasure of surprising Maria Jasminez of AquaSurTech with the President’s Award for outstanding contribution to the association. Everyone was happy to see Jasminez recognized as she always has her hand up to help with whatever the association needs and has made many valuable contributions both of time and expertise. Jasminez was visibly moved by the award, and it’s probably a good thing her comment to Small when getting to stage was not clearly picked up by Small’s mic.

The Annual General Meeting heard from Small about a long list of accomplishments over the past year, including developing an app, hiring a new executive director (Stephane Labelle), improving governance, lobbying government on tariffs and codes, re-branding Fenestration Canada, re-launching the Fenestration Installation Technician program, launching a successful regional event in Edmonton and planning for a successful WinDoor back in Mississauga, Ont., Nov. 20 and 21. The 2019/2020 board was introduced:

The next Spring Conference will take place in Charlottetown, P.E.I. The group was already buzzing with plans for lobster boils and beach bonfires. Should be a fun one.

“The meetings and seminars were extremely well attended and some new volunteers joined committees,” executive director, Stephane Labelle, noted. “We had tremendous participation at the suppliers showcase. We are really proud of this event and plan to do even better in P.E.I.”

“The Spring Conference really brings together the decision makers,” Small said. “We have a great education program but in addition to that we have a great opportunity for people to share challenges, to network, to learn from each other, to talk about best practices and what works for them. We are supporting each other as an industry.”

“I’m quite pleased with the attendance,” Adamson said. “Great cross-section, good representation from people right across the country, west and east. So I’m really happy with that. Great participation in the education sessions. Lots of great questions, so engaged people, so that’s fantastic. The venue is outstanding, the food is outstanding. All I’m doing is eating, it seems. I think it’s very good, it’s a success.”

Report from the Technical Committee