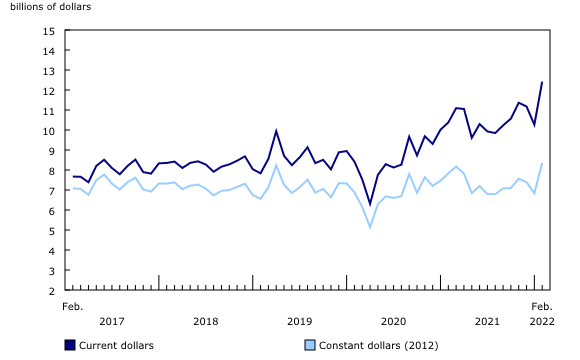 Gains in multi-family permit values in British Columbia (+57.9%) reversed January’s decline and contributed to the 18.5% increase at the national level, along with the gains in seven other provinces.

To explore the impact of COVID-19 on the socioeconomic landscape, please consult the Canadian Economic Dashboard and COVID-19.