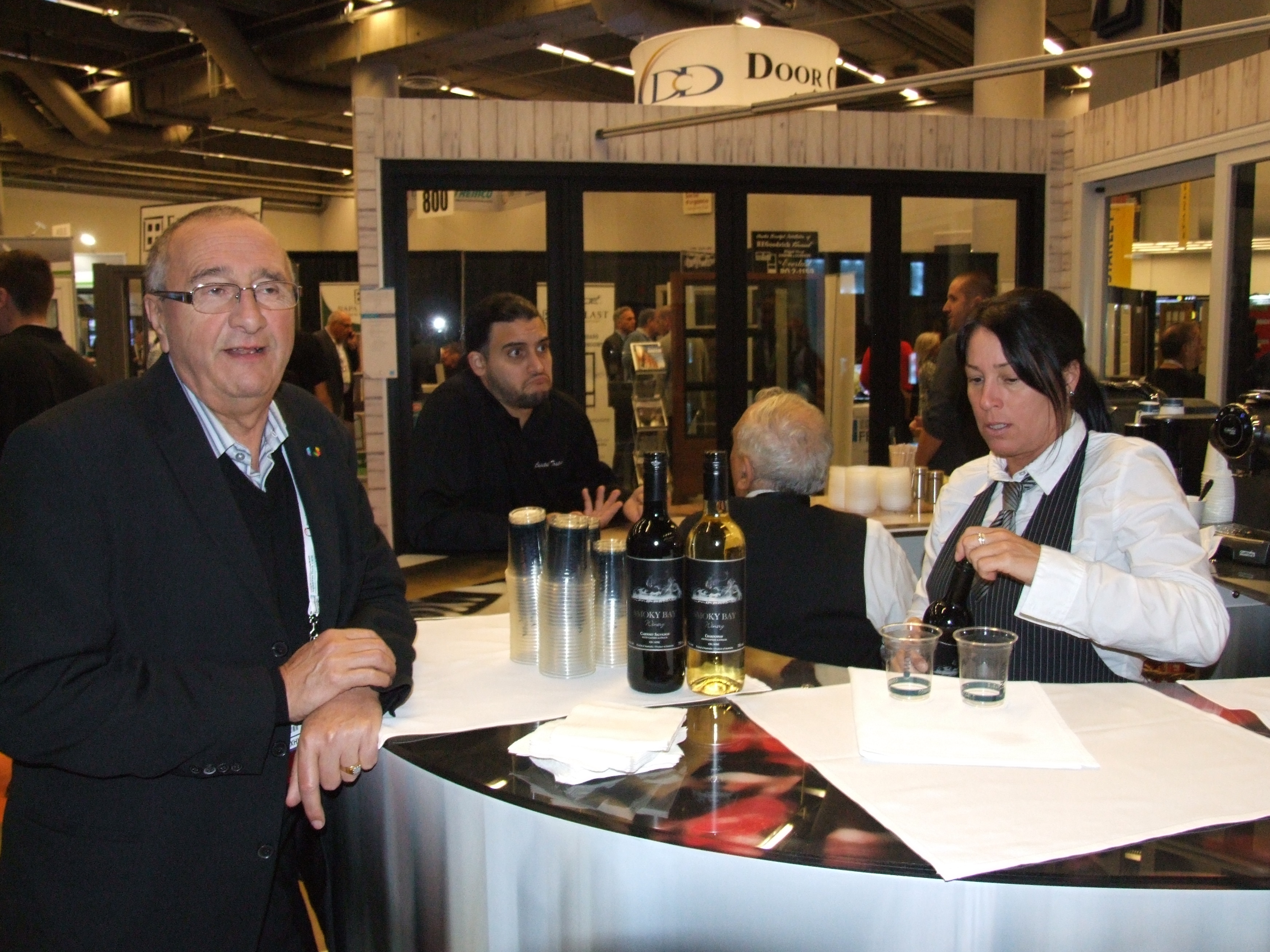 Taking WinDoor to Montreal involved an element of risk for Fenestration Canada, no question. The show had become Canada’s premier destination for the window and door industry over 22 years in downtown Toronto, and moving it risked losing participation from the large concentration of fenestration companies in southern Ontario. But everyone agreed that the formula that had been so successful had gotten tired and it was time for change. There is no growth in business without risk, and WinDoor’s debut in Quebec proved that bold moves combined with expert planning, energetic leadership and a clear vision can indeed give new life to a venerable brand.

WinDoor welcomed around 1,200 attendees, a growth of at least a third from the year before. The number of exhibitors and the show floor space was about the same, but an improved layout (and the crowded aisles) made it feel as if there was less wasted space in the room.

The unique character of Montreal was brought into the show well. After each day of the show, Fenestration Canada hosted official social events that kept attendees together to eat and drink and network. The opening welcome reception saw a packed room full of lively conversations, followed by a pub crawl that was perhaps a little too fun for some. The end of Day One featured an all-out party right on the show floor with a drive-in DJ truck and Circe de Soleil-style acrobats and entertainers. Notably, attendees stayed right to the end of the day, avoiding the late afternoon malaise that afflicts so many shows.

Another improved aspect of the show was recognition of great efforts by exhibitors both in their show presentation and to bring attendees out. Exhibitors were able to offer show invitations to attendees, who then got a chance to win a prize for presenting the invitation at registration. The exhibitor who attracted the most attendees – AmesburyTruth – was recognized at the show. Best new product went to Rehau for its Geneo passivehaus-certified profile. PH-Tech won for doors and 360 Innovations won for software. Energi Fenestration Solutions took home top prize for overall booth with it’s big neon Es and free-flowing expresso bar. Sunview Patio Doors returned to WinDoor and was rewarded with the prize for most creative booth – a shipping container with windows, skylights and bi-fold doors installed to turn it into a mini-shelter.

“I think the WinDoor Committee hit this one out of the park,” said Allan Doyle, Fenestration Canada president. “I’ve been coming to this show as an attendee for 20 years and for the last five years I’ve spent a lot of time listening to complaints. People are too busy to complain this year. They are not only seeing a lot of people come to their booths, they are seeing the right people. Coming to Montreal was the right thing to do and it was the right time to do it. The Quebec industry had this opportunity to host the show and they did not waste that opportunity.”

“We changed the venue, we changed the look, we changed the vibe,” said Stephane Labelle, WinDoor committee chairperson. “We had more attendees on the first day than we had on the three days combined last year. We had goals and we hit the mark on those goals.”

The efforts of Quebec’s provincial fenestration association, the AVFQ, were critical to the high turnout in Montreal. “There was a lot of traffic and everywhere I looked I saw happy faces,” said Gilbert Lemay, AVFQ executive director. “It was a nice, fresh edition of the show. Our mission was to make some noise and make sure people knew it was coming to Montreal and that there would be new things to discover. We repeated the invitation many times.”

Exhibitors joined in the chorus of approval. “It was an awesome show,” said Jonathan Chauvette, vice-president of Eugenie. “We are very glad that we brought it up to Montreal this year. It allowed us to bring more machines and make more noise and get a lot of attention.”

Brandon Vander Heide speaks on behalf of many industry suppliers through the Fenestra buying group. “You really get a sense of the community here,” he said. “The venue is fantastic, it is in a small enough area that everyone can collaborate without going out of their way and the city is just great itself.

“It’s been fantastic,” said Mark Tereschyn of Masonite. “We’ve had great traffic and Montreal is fantastic.”

Don Henrich of Tremco summed things up nicely. “The show has been tremendous. There’s been great attendance and the right people coming to the booth. It’s been non-stop for us so that makes it a success.”