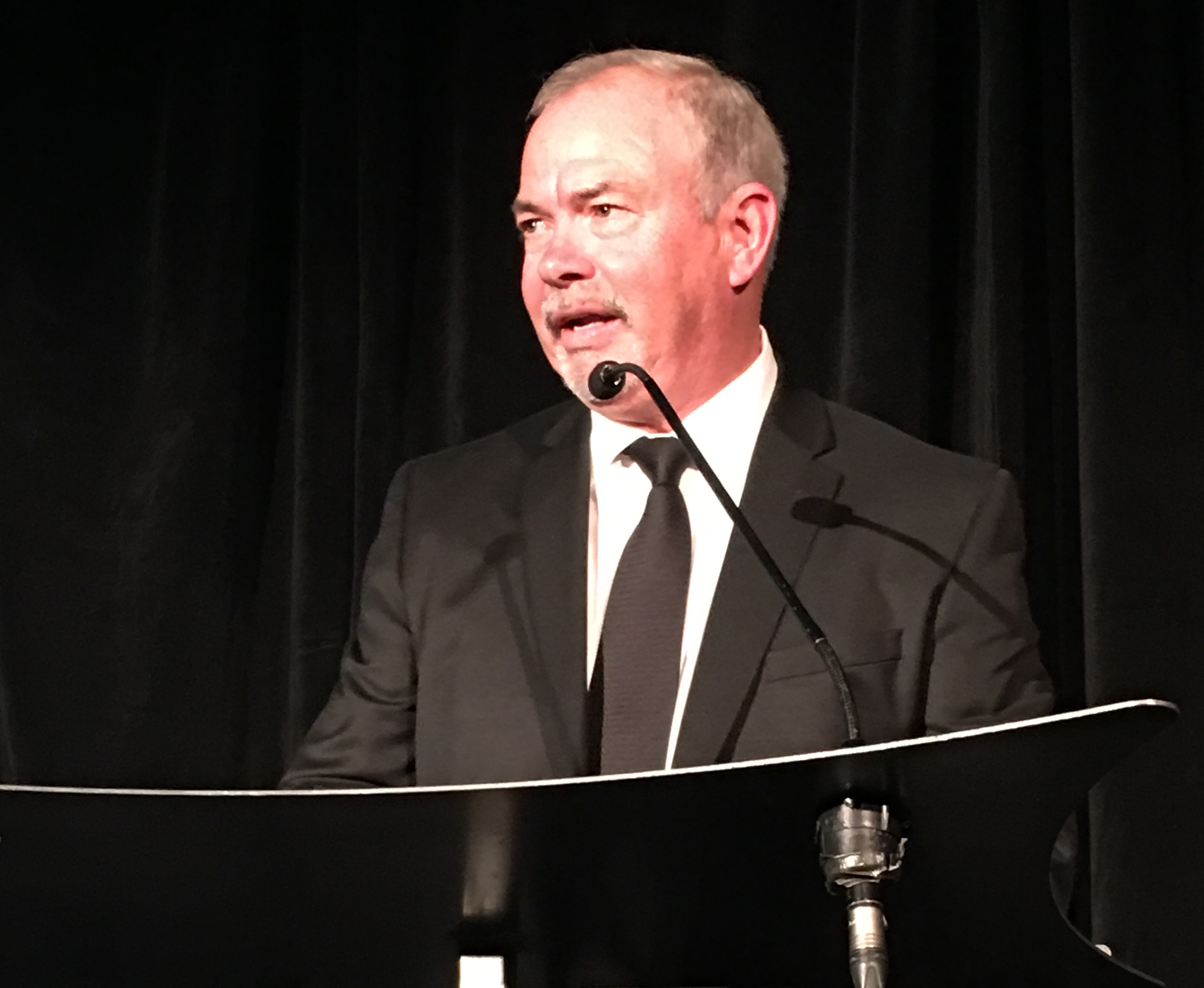 George Warren, owner of Centennial Windows and Doors in London, Ont., was presented with Fenestration Canada’s C.P. Loewen award recognizing lifetime contributions to the Canadian window and door industry. The presentation was made at the Fenestration Canada Spring Conference’s President’s Dinner, June 5 in Calgary.

Presenting the award was last year’s recipient, Kevin Pelley of Kohltech. As usual, Pelley gave the presentation a unique twist by appearing over video link (he was out of the country at the time of the event) wearing a Maritime sou’wester fishing hat to honour Warren’s Newfoundland origins. Lisa Bergeron, FenCan past president, also feted Warren and handed over the trophy along with Jennifer Small, FenCan president.

Warren, who was accompanied by his wife, Rita, was obviously moved by the honour and started his acceptance speech by reflecting on how remarkable it was that he was in this position given his beginnings in a small Newfoundland fishing village where he didn’t see a car until his teens. Warren thanked the many people who helped him along the way and promoted the association as a critical organization in the industry, saying the early advice he received to get involved was some of the best he ever got. Warren touched on the importance of bringing along the next generation of window and door businesspeople and commented on his pride at seeing women ascend to the highest levels of the association.