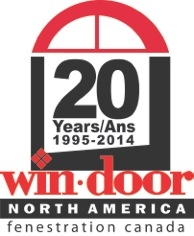 Oct. 8, 2014 – The Exhibit Hall at Win-door 2014 has officially sold out, more than a month ahead of the show opening on Nov. 18, 2014. The industry continues to demonstrate solid support for Win-door and special celebrations are planned to mark this, the 20th Anniversary Show. 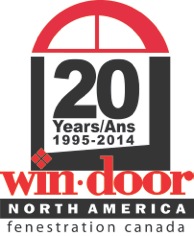 Oct. 8, 2014 – The Exhibit Hall at Win-door 2014 has officially sold out, more than a month ahead of the show opening on Nov. 18, 2014. The industry continues to demonstrate solid support for Win-door and special celebrations are planned to mark this, the 20th Anniversary Show.

The Metro Toronto Convention Centre, South Building will be the venue for Win-door 2014 and again the displays will be arranged around the central courtyard where the presentations, food and beverage and special announcements will be held.

The 20th Anniversary Win-door show will feature a special Opening Night party on the show floor featuring a performance by the “Blus Bros” tribute band who are sure to add energy and excitement to kick off this anniversary show.

There are six businesses that have been Win-door exhibitors every single one of the past 19 years and who are back again for the 20th Anniversary. Do you know who they are?

Everyone will find out for sure at the special Opening Night party when these Win-door supporters and a host of prominent individuals will be recognized. It will be a ‘who’s who’ of the fenestration industry that you will not want to miss.

ALL THE GREAT WIN-DOOR SHOW FEATURES TOO

Win-door 2014 will continue all the great and beneficial features that have made this show such an enduring success for the fenestration industry.

The Window and Balcony Safety display continues the good work and positive public relations program that developed through Win-door many years ago.

The biggest celebrations though, will be the many events planned by the Win-door exhibitors to make every attendee’s time at the show more valuable and productive.

The registration announcements have begun, the registration brochures have been mailed out and the fast and convenient Online Registration is now open at www.windoorshow.com . For Win-door’s many out-of-town guests, special show hotel rates have been secured but hurry – the hotels sell out too and the special rates are only guaranteed until October 15, 2014!