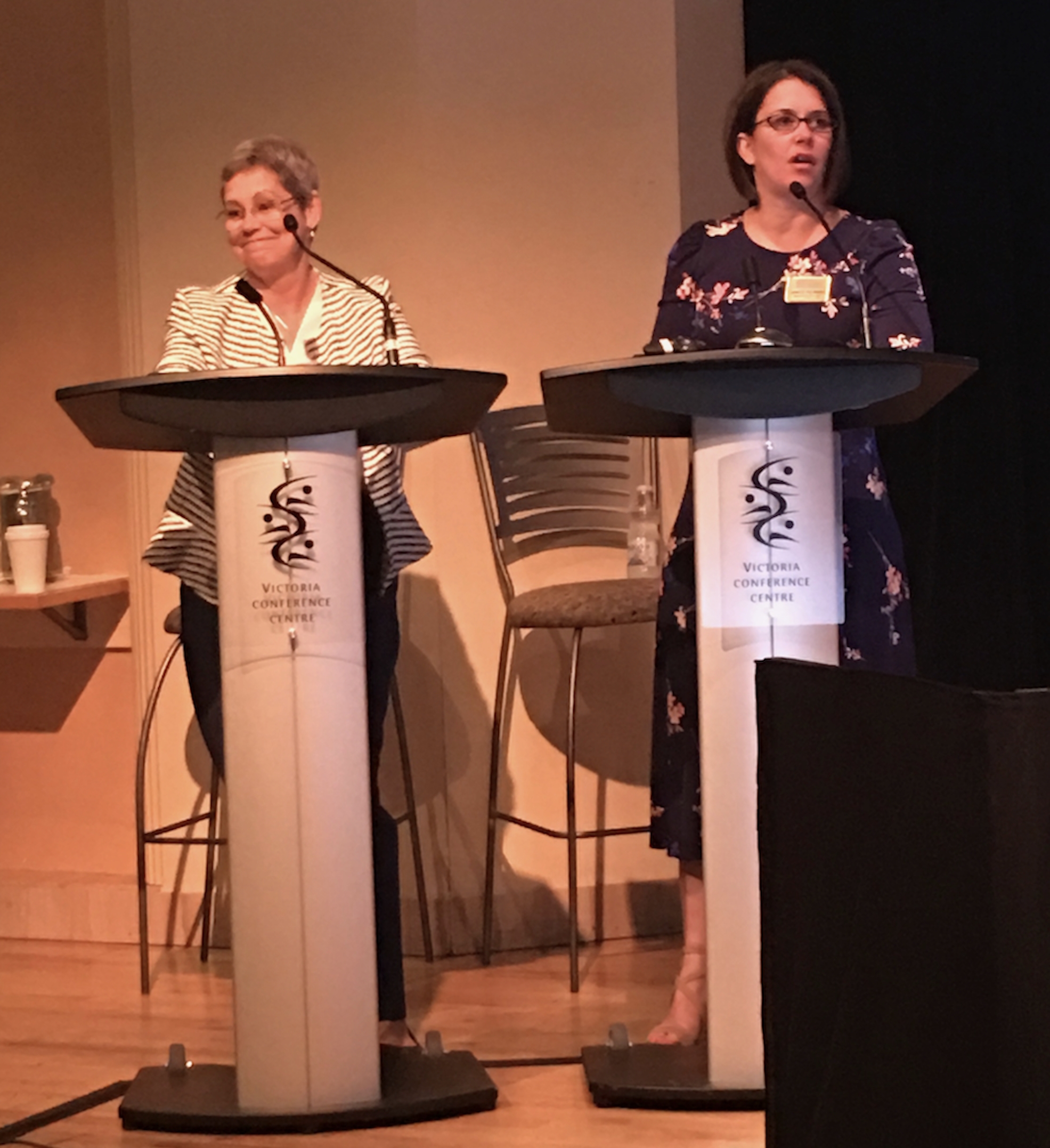 Margaret Webb and Janice Yglesias, executive directors of the Insulating Glass Manufacturers Alliance and the American Architectual Manufacturers Association, respectively, opened the first day of official business at the joint AAMA/IGMA Summer Conference with a report to membership. Most of the discussion addressed progress and plans for the merger of the two association, which members will vote on in July. If approved, the new merged organization will be called the Fenestration Glazing Industry Alliance.

Mike DeSoto of MI Windows and Doors in Gratz, Penn.; Mark Hutchinson of of Intigral; and Donnie Hunter of Kawneer took the podium to urge members to vote in favour of the merger. DeSoto pointed to the expanded influence on standards for residential fenestration that the merged association would have, and commented that it would be nice to only have to attend half as many meetings. Hutchinson said he’d found participation in AAMA useful even though he only makes IG because of the insight into residential building he gets. Hunter felt that commerical and residential glazing are fundamentally similar enough to co-exist in one association and that the two sides getting together was a signal of strength for the industry.

Yglesias and Webb outlined the voting procedures and urged members to read the unification prospectus available on the association websites. Pending a successful vote, the associations will begin strategic meetings in the fall to finalize details of the new organization. Part of that effort will be a new name and branding for the association, though the old names will likely be retained for use on familiar products and documents to maintain brand consistency.

IGMA members were then introduced to an AAMA tradition that was kind of fun. Yglesias presented “On a Personal Note” – a series of notices from members’ personal lives that they’d agreed to share with the group. Lots of grandbabies and anniversaries. The group also heard that long-time member Roger LeBrun of Velux is retiring.

The IGMA’s bird-friendly glass fund continues to grow, driving research into bird-friendly products with the help of the American Bird Conservancy. Donations from the industry fund research into better bird-friendly products using ABC’s tunnel test to establish whether they can see the glass or not. Webb also drew attention to IGMA’s Preventing IG Failures online education program; its Leadership Development program which starts again in July; and its IG Fabricator Workshop which will take place in November in Plano, Texas.

Yglesias mentioned the AAMA’s upcoming National Fall Conference in Austin, Texas, Sept. 30 to Oct. 3 and GlassBuild in Atlanta Sept. 17 to 19, which both AAMA and IGMA support. She also said the first event for the merged association, provided the vote passes, would likely be the Annual Conference in Fort Lauderdale, Fla., in Feb. 2020.

Yglesias also welcomed Sam Leeke as the AAMA’s new certification coordinator, acting as members’ main point of contact for all its certification programs. Tamara Baskin has moved to become technical services coordinator, herding the cats of industry knowledge as they work on new codes and standards.