Manufacturing for the toughest environments. 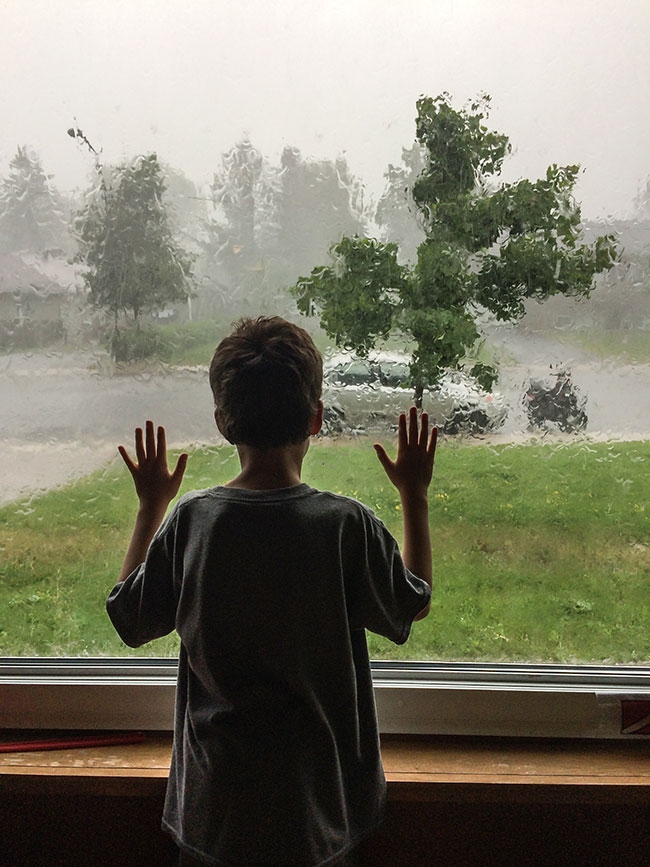 Rain, cold and wind…oh my! Canadian window and door manufacturers have been dealing with extreme conditions forever and come up with some novel solutions. Photo: Getty Images

Our window and door manufacturers and installers have always had to rise to the challenge of making fenestration for extreme environments in Canada. But in the past, just putting in a leaky product and cranking the heat was always an option.

Today, tightening energy and air/water ingress standards are pushing us to actively develop and test windows and doors with new materials and designs that can better handle harsh climates and special conditions, including fire risk and high altitude.

It’s no surprise that windows and doors in coastal Canada have to resist significant and ongoing wind-driven rain. Steve Alward notes, however, that it’s the installation of windows on the east coast that has evolved over the last decade to meet this fact of life, and that manufacturing materials and methods have changed little. “We already concentrate as a manufacturer on the best materials for preventing water penetration,” says Alward, who is product manager at window and door manufacturer Atlantic Windows in Port Elgin, N.B. “It’s more these days about tightening the marriage between the window and building envelope. There is more of a focus now on proper installation of flashing and making a waterproof seal.” This emphasis is due to two factors, in Alward’s view: building envelope changes (such as window-to-wall ratios as demand for larger windows has grown), and the increase in wind-driven rain and the number of storms in the Maritimes.

During in-house training for its customers’ contractors, Atlantic Windows strongly emphasizes the need to follow A440.4 window, door and skylight installation instructions. “We really want to make sure flashing and caulking is done correctly,” says Alward. “A proper connection between the nailing flange and the window is needed so that water sheds properly off the building and off the window. And at the bottom, drainage must be good.”

And, like others across the country, Atlantic Windows is now also focusing on the new installation technician training program from Fenestration Canada, launched in January. Alward believes this program will bring consistency to the best installation practices that most Canadian manufacturers are trying to promote across the country, but he reiterates that “here on the East Coast, where we constantly deal with a lot of wind-driven rain and have done forever, there won’t be a lot of change.”

Wet weather is obviously also a factor on Canada’s western coast, and to make sure its products and installations are top-notch, Cascadia Windows and Doors in Langley, B.C., chooses materials carefully. “We’ve always selected materials that are corrosion-resistant and moisture-resistant, and fibreglass frames are excellent on both these fronts,” notes Cascadia technical director, Michael Bousfield. “There are also some installation materials that provide advantages for wet conditions, such as membrane products applied as a liquid and not a sheet. They can be applied to wet surfaces, cure faster as they are moisture-cured, and provide overall better flexibility and site-tolerance. An example that’s well-known is Fast Flash.”

Bousfield believes that, in general, understanding of proper installation practices to prevent moisture issues is more scattered in B.C.’s residential market, but it’s quite consistent at the commercial level. “It’s trickling down, however,” he observes. “Maturation of installation practices across the board will also result from the introduction of the B.C. Energy Step Code, which has whole-building energy intensity as a focus.”

Combating cold
“Energy efficiency is everything in window and door production right now,” notes Terry Adamson, technical director at Westeck Windows and Doors in Chilliwack, B.C. “There are some people out there right now with very innovative ideas and they’re hitting some impressive targets.” Indeed, those people include Adamson and his colleagues. After years of development, they’ve just launched a wooden casement system and a PVC tilt-and-turn system that both meet the European Passive House standard. “We are also releasing new casement and new slider systems this summer with E-values less than 1.0 and 1.2 respectively,” Adamson says. Westeck has also developed a PVC patio door with an E-value of less than 1.3.

Cascadia chooses fibreglass frames for the way they handle extreme cold as much as for its corrosion and moisture-resistance properties. Cascadia says fibreglass provides eight times less expansion and contraction than other energy-efficient materials such as vinyl, and its thermal movement coefficient is very similar to glass.

For his part, Alward believes that most windows will have to be triple-glazed to meet future Energy Star ratings, which will make them 50 per cent heavier. And the larger and heavier the triple-glazed window, the more challenging to install. However, manufacturer and installer Northerm Windows in Whitehorse, Yukon, (with an office in Anchorage, Alaska) has never let weight deter it – it’s been making quad-glazed window systems since 2009. “We were installing so many windows in the 1980s, we decided to start manufacturing windows and then also our own vinyl frames,” explains general manager Dave Borud. “Back then it was double-pane and triple-pane, about half and half, and we looked at fibreglass but chose to stay with vinyl. Many of our windows from 30 years ago are still functioning well today.”

Development of quad windows stemmed from a request by the Yukon Housing Corporation. Borud says the corporation had big concerns with existing windows that let in the cold and produced a lot of condensation, resulting in rotting sills and walls. Northerm quad windows, by comparison, are very comfortable in the home and also provide great soundproofing (in fact, Northerm has sold some quad windows in New York and other states for customers wanting very low-noise environments). Northerm sells about 60 per cent triple-glazed windows and 40 per cent quad. About 30 per cent of its total production (8,000 to 10,000 units per year) is sold in Alaska. Quad-pane costs about 25 per cent more than triple.

Rain, cold and wind…oh my! Canadian window and door manufacturers have been dealing with extreme conditions forever and come up with some novel solutions.

Journey to get there
While Borud reports that his firm tapped into a few government programs for a bit of funding support, the journey to create their quad windows was accomplished through their own trial and error over a period of several years. By 2009, Northerm had a product that was certified to insulating glass standards, with a framing system that adequately supports four panes. They also created the associated (and patented) fabrication method, which required changes in the firm’s plant layout and the addition of overhead cranes. Northerm says it is still the only window manufacturer in North America with a regular quad production run. The windows have an R-value of 7.69 (the glazing actually has a larger R value than the frame) and a U-value of 0.13. Northerm applies a low-E coating to the two outside panes and uses argon gas. “We’re working on our second phase of the quad system now,” says Borud. “We’re going to be testing some new exterior low-E coating products such as Cardinal’s i89. When you put them on the exterior, it greatly improves thermal efficiency. Krypton gas would be an alternative to boost efficiency, but it’s too costly right now.”

Hurricanes, blasts, fire and high altitude
Cascadia is now doing some exploration of hurricane and blast resistance, the first step being a study by an outside party that will determine the likely resistance of the firm’s existing products. “Hurricane ratings relate to impact from outside objects but also to the ability to withstand both inward and outward wind pressure,” Bousfield explains. “Along with the glass, the hardware has to be capable of surviving these conditions over many hours. Blast resistance relates to withstanding one event.” In terms of fire-resistant products, Cascadia uses a fire-resistant resin in the manufacture of windows for tall non-combustible buildings, a resin made from fibreglass by Cascadia’s supplier, Inline Fiberglass. Bousfield also notes that Natural Resources Canada research has been completed on the combustibility of window and door materials. The results are expected to lead to future code changes, he says, as well as expanding applications for Cascadia’s fiberglass windows (and several other materials) to full-facade, high-rise glazing.

With the Rockies in B.C., high-altitude installations are another challenge for Cascadia. Windows are generally manufactured at a lower elevation and Bousfield explains that tolerances of window seals for temporary exposure to high elevations (delivery of windows through a mountain pass) obviously don’t have to be as extreme as permanent high-elevation installations. Overall, Bousfield notes that the amount of stress experienced by glass unit seals due to air pressure issues depends on three factors: thickness of glass, space between the panes and window shape. “Low-stress glass units are squarish rather than narrow, with thinner glass and a thinner airspace,” he explains. “There are tables that indicate what size and shape should be used at which altitudes. Some manufacturers add capillary tubes to allow pressure to equalize. However, that increases the risk of fogging and also introduces a drop in efficiency because argon or another similar gas can’t be used. We don’t prefer to use capillary tubes, so we work with our customers on modifying the size and shape of the windows as a first step.”