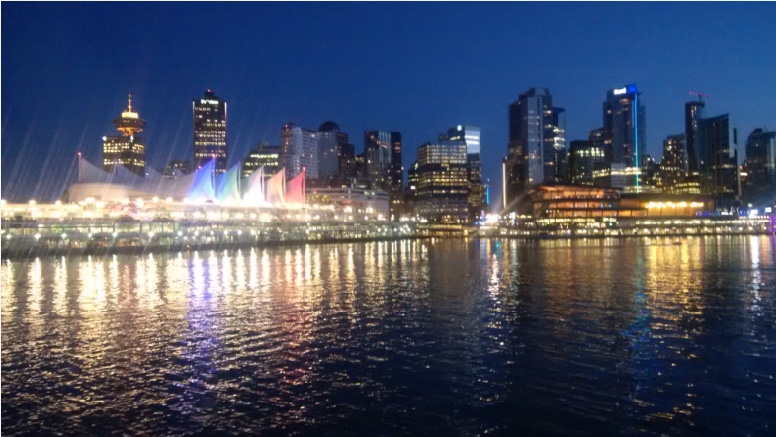 June 10, 2015 – Fenestration Canada brought out the social side of the window and door business in Vancouver, with four days of education and networking at its 2015 Annual General Meeting, June 4 through 6. Hosted in style at the downtown Fairmont Vancouver, about 200 delegates took advantage of opportunities to hear from industry experts, talk to top suppliers and meet up with old friends and new.

The festivities kicked off on the evening of June 4 with a boat cruise of Spirit Harbour, complete with dinner, an open bar, music and dancing. Delegates were wowed by the beautiful views of Vancouver, the ocean and the shoreline. Certain brands of beer fell into short supply by journey’s end. Another opportunity for socializing arose at the President’s Dinner on the night of June 4, where delegates heard from Skip Maclean, Fenestration Canada president, and enjoyed a side-splitting improv comedy performance by the Improvizers. It turns out that Lisa Bergeron of Jeld-Wen has some very expressive hand gestures. The Saturday golf tournament was more notable for the quality of the companionship than the quality of the golf – except in the case of Masonite’s Mark Woolnough, who made a hole-in-one on the par-three eighth!

Serious business was conducted through the day on June 4, with the various Fenestration Canada committees holding full meetings. The Saturday morning general meeting heard reports from the committee chairs. The association is re-convening a strategic group to improve organization and set direction. Communications are being improved with more frequent meetings and more use of online and social media. The Fenestration Canada website has been completely redesigned, with much-improved access to the resources it hosts. The 2015/16 board of directors was elected with few changes. Greg Dickie of Atlantic Windows was scheduled to step into the president’s role, but has asked to remain in his present position of vice-president for the next year following his promotion to vice-president of Atlantic. Skip Maclean will stay on as president for an additional year. Bergeron has joined the executive as third vice-president, and Yvan Houle, immediate past president, now leaves the board after many years of service. New additions to the board were Laura Weil of Euro Vinyl, J.F. Kogavsek of Maxam Communications, and Ryan Dudeck of Paramount Windows representing Fenestration Manitoba. Robert Jutras of Air-Ins loves his Technical Committee so much that he returned to the board after taking a year off. Departing from the board were Michael Andrade of PlyGem, Benoit Legault of Marvin Windows and Pierre Perrault of Servitek Fenestration.

The Fabricators Council continues to draw great participation and activity – about 40 fabricators attended the AGM. The Council is working to bring forward proposed changes to the Canadian supplement on design loads and also to organize industry research into vinyl combustibility, which may one day lead to the increased use of PVC in commercial projects. Council chair, Bergeron, called for members to commit to volunteer for the many initiatives the Council wants to undertake.

The Education committee has drawn 600 participants to its educational webinars, including professionals from outside fenestration. The association plans to start charging a fee to attend its webinars to draw more revenue. The committee will also run train-the-trainer seminars for building officials, empowering them to educate their offices about NAFS and other codes and standards.

The Windoor committee reported that interest and participation in the committee has been strong. Many changes are planned for the 2015 edition of the show, including changes to the floor plan, the education pavilion and the hours. Michael “Pinball” Clemons will deliver the keynote speech before the show floor opens on Nov. 3, and the show will shut down earlier at 1 p.m. on Thursday, the 5th. A keynote breakfast is planned with some economic information for attendees.

The Technical committee encouraged members to consult with it before posting comments on standards public review websites that conflict with association positions. Chair Robert Jutras pointed out that, while everyone is certainly entitled to comment, it looks bad when an organization presents divergent opinions to code authorities. The committee is reviewing proposed language for NAFS 16, A440 and standardized energy labeling. It is also assisting the National Fenestration Ratings Council to develop combustibility research.

Next year’s AGM will be held in Mont Tremblant, Que.

Find more photos from the 2015 Vancouver AGM on Facebook.